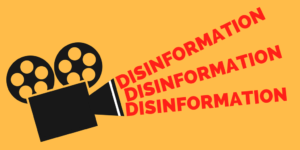 “Russia is so unbelievably clever at kind of sowing doubt and confusion and spreading all this fake news and trying to muddy the waters. So we think there’s a role for the G7 in just trying to provide some clarity about what we all collectively think the Russians are doing in terms of malign behavior,” Mr. Johnson said.

The G7 discussions will focus on the prevention of violent extremism online and offline, building resilience against the cyber threat and new forms of hybrid warfare, disinformation, and reinforcing democracy, amongst other issues. 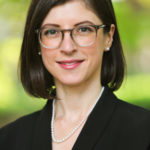 One group is “putting out content that was clearly anti-immigrant, anti-Muslim and was echoing some of the Russian disinformation propaganda” being spread by internet trolls and on social media, said Alina Polyakova (left), a Brookings Institution fellow who studies far-right populism and disinformation campaigns in the European Union.

Russia’s social media campaign in the Baltics, Ukraine and nearby states aims to sow dissent against neighboring governments, as well as NATO and the European Union, according to a recent RAND Corporation report:

“Nowhere is this threat more tangible than in Ukraine, which has been an active propaganda battleground since the 2014 Ukrainian revolution,” said Todd Helmus, lead author on the report. To counter the Russian campaign, Western countries need to offer alternative television, social media and other media to help displace the Russian narrative, the report notes, alongside a number of other recommendations:

“We paid special attention to the role of non-attributed social media accounts, which are frequently, but not solely, employed on Twitter and Facebook,” said Elizabeth Bodine-Baron, co-director of the RAND Center for Applied Network Analysis and System Science. “Russia has established that during critical moments, such as during the Ukrainian conflict, it can flood news websites with tens of thousands of comments each day.” RTWT