Gangs are increasing their chokehold on Haiti’s capital, using bulldozers to raze entire neighborhoods, overwhelming poorly armed police and taking their violence to within blocks of the seat of government, Maria Abi-Habib and Andre Paultre write for The New York Times. While Haitians have endured relentless bloodshed and tragedy for years, the escalation of lawlessness in recent weeks and the government’s inability to exert control has terrified the nation.

“During Aristide’s time, the gangs were not everywhere, they weren’t well equipped, they couldn’t confront the police, they didn’t go about kidnapping anyone they saw, ” said Pierre Esperance, executive director of the National Human Rights Defense Network (right), a Haitian organization that has testified before the U.S. Congress about the deteriorating situation. “They existed to keep Aristide in power.”

“Today, there is a total gangsterization of the country,” Esperance added. “Haiti’s big families are supporting the gangs to get what they want. They don’t want a stable situation, accountability or the ability of citizens to organize against them. Haitians are hostages.”

With international backing, Ariel Henry has acted as interim prime minister since July 2021, but many in Haiti see him as the face of continuity for an entrenched system of political corruption, notes analyst Diego Da Rin. Haitian law enforcement officers have leaked reports accusing Henry of obstructing the investigation into Moïse’s death, going so far as to suggest that the acting premier has direct links to the murder’s masterminds, which he denies. 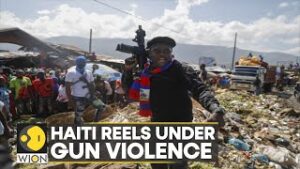 The so-called Montana Accord, a coalition of over 180 political parties and civil society organisations, is challenging Henry’s mandate, instead proposing a “Haitian-led solution” involving a two-year transitional government formed by representatives of different social sectors. Discussions between Henry and Accord members have yielded no agreement, he writes for the International Crisis Group.

Haitians are living through a particularly fraught period of social upheaval and political and economic disaster, the National Endowment for Democracy (NED) adds. Without a political solution, Haiti is likely to face greater social, economic and public insecurity, with gangs controlling more territory, and democratic and state institutions continuing to collapse, a recent NED forum heard (above). 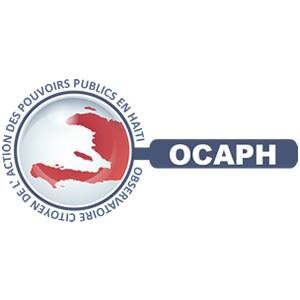 Despite the odds, Haitians are coming together to bridge their historical divisions, find common ground and develop a shared vision to bring the country back from the brink. The result of this civil society effort is the Manifesto for An Inclusive Dialogue Toward a Peaceful Transition to a Democratic and Prosperous Haitian Society. The NED, in partnership with the Observatoire Citoyen de l’Action des Pouvoirs Publics en Haiti (OCAPH) convened civil society leaders from Haiti and the Haitian diaspora to present the results of their collective efforts in devising innovative solutions for a peaceful and democratic transition in Haiti and discuss the proposals formulated in their manifesto.