Wu Chi-wai, leader of the city’s biggest pro-democracy party, said Monday that the bloc swept nearly 90% of 452 district council seats, which will help it take unprecedented control of 17 out of 18 district councils. The results were based on official tallies announced by election officials. The result of Sunday’s elections could force the central government in Beijing to rethink how to handle the unrest. 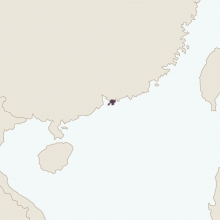 “It’s nothing short of a revolution. This is a landslide,” said Willy Lam, a political expert at the Chinese University of Hong Kong. “It’s a sound repudiation of the Carrie Lam administration and shows the silent majority are behind the demands of the protesters.”

“This is historic. As our city plummets from being semi-autonomous to semi-authoritarian, we react by showing what’s democracy in action,” the democracy advocate Joshua Wong tweeted.

Hong Kong is at a crossroads, said the Election Observation Project (EOP – right).* The record high voter turnout of 2.94 million voters (71.2%) shows not only the city’s resilience and its residents’ commitment to democracy, but also a clear indication that none of the participating groupings and candidates were prevented at all from getting the votes out.

But the results don’t necessarily signal an end to the street-based protest movement or to Beijing’s stance, observers suggest.

“With the mandate from the Hong Kong people, protesters expect concessions from Beijing, but those concessions won’t be coming. Confrontations may intensify,” warned political analyst Lam.

A year ago, the trial of the “Umbrella Nine” began in Hong Kong, but there were no mass protests. Two scholars and a reverend were among those prosecuted for rallying people to commit civil disobedience in 2014, in a public demand for genuine democracy, but the city was placid, seemingly resigned to a lawmaker disqualified here, a protester imprisoned there. A year on we marvel at how clueless we were, notes analyst Tripti Lahiri.

Hong Kong’s protesters embody what it means to be driven by democratic ideals, she writes for Quartz.

While district councils deal with local issues such as transport, their members also form part of the election committee for Hong Kong’s chief executive. This could give them some influence over the next vote in 2022, although they only account for 117 of its 1,200 members.

“The significance of the district council elections, however, is that they are the fairest and most direct vote in the territory. They are decided by simple majority, in contrast to the [Legislative Council] poll that gives an outsized voice to business. This poll was a referendum on the protest movement (HT:CFR),” Joe Leahy writes for the Financial Times.

The #HongKongElections were a massive rebuke to #Beijing, activist Minh Ngo @minhtngo tweeted.

*The EOP deployed 30 locally trained observers to conduct systematic collection of data and most important indicators of electoral integrity from 113 polling stations across 107 constituencies.