Bolivia’s political crisis deepened Sunday as President Evo Morales resigned amid allegations of “serious irregularities” during last month’s election and pressure from the country’s armed forces. Morales faced mounting protests in the aftermath of the October 20 vote as demonstrators and the Bolivian opposition accused electoral authorities of manipulating the vote count in favor of the incumbent, CNN reports.

Morales, who came to power more than a decade ago as part of a leftist wave sweeping Latin America, resigned after unrelenting protests by an infuriated population that accused him of undermining democracy to extend his rule, the Times adds. 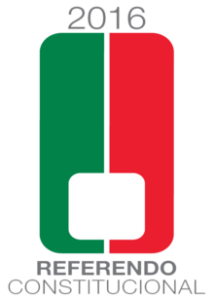 His decision to quit followed the release of a report by the Organisation of American States (OAS), which found widespread evidence of falsified tally sheets, which list total votes for each precinct, and breaches in the software used to transmit the results, the Economist adds. “The manipulations of the computer system are of such magnitude that they should be thoroughly investigated by the Bolivian state to get to the bottom of, and assign responsibility in, this serious case,” the report said. After it was released, police arrested members of the electoral tribunal.

In a setback to Morales, Juan Carlos Huarachi – the head of the Bolivian Workers’ Confederation union group – had dropped his staunch support for the president on Sunday and urged him to consider stepping down if it would help restore peace, Reuters reports.

The events in Bolivia demonstrate the resilience of civil society and democratic values, one expert suggests.

The citizens who have come out in great numbers in Caracas and La Paz, and even those who are starting to push back against their increasingly autocratic governments in Budapest and Istanbul, are not at all disenchanted with the shortcomings of democratic institutions, Yascha Mounk* observes. Quite the opposite: As they start to see their democratic rights and freedoms threatened in their daily lives, they are more and more determined to win them back, he writes for the Atlantic:

This shows that Fukuyama’s much-maligned thesis may contain rather more wisdom than many now believe. While liberal democracy has proven much more fragile than most social scientists assumed a few short years ago, an alternative political system that would better resolve its own internal contradictions is not in sight….The core values of liberal democracy—individual freedom and collective self-determination—may be more universal than recent setbacks seem to suggest.