People all over the world are resorting to mass demonstrations to express grievances and press unmet demands, notes Aryeh Neier, President Emeritus of the Open Society Foundations and a founder of Human Rights Watch. While, in some ways, popular protests are a triumph of democratic principles and civic activism, they also carry serious risks, including violence by and against protesters. Their pervasiveness today points to a failure of governments, democratic and authoritarian alike, to hear, let alone meet, the needs of their people, he writes for Project Syndicate.

In many countries, a mixture of economic stagnation, growing inequality, and rapid cultural change has made a 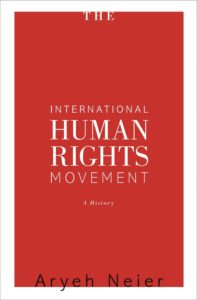 large number of citizens deeply skeptical about their democratic institutions, Yascha Mounk* observes. Whether or not the protests in Paris and Santiago will ultimately find expression in party politics, the forces that fuel them are similar to those that have swept a wave of populist politicians into office from Brazil to Mexico, and from Italy to the United States, he writes for the Atlantic.

With inequality, populism, and authoritarianism still on the rise, it seems likely that mass demonstrations will remain a fixture of global politics for the foreseeable future, adds Neier, author of The International Human Rights Movement: A History. Governments will, no doubt, seek to quash them. But, in the absence of greater institutional responsiveness to popular grievances and demands, people are unlikely to stay home. RTWT