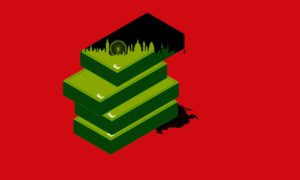 British financial complicity with Russian kleptocrats is undermining the country’s national security and democratic institutions, says analyst Oliver Bullough. Over the past decade, £68bn has flowed from Russia into Britain’s offshore satellites such as the British Virgin Islands, Cayman, Gibraltar, Jersey and Guernsey. That’s seven times more money than has flowed directly from Russia into the UK, he writes in a Long Read analysis for the Guardian:

This means that there is not a single sewer pumping dirty Russian cash into the UK to which we can attach a meter, so as to measure its output. Instead, the cash is diluted into the great tidal flows of liquid capital that pour in and out of the City of London every day, from every corner of the globe. The ordure churned out by Russian crooks and kleptocrats is thus, thanks to the skilled attentions of the tax havens’ best brains, indistinguishable from ordinary investment.

In a statement tweeted by the U.S. Embassy in Malaysia last week, the Justice Department reiterated a commitment to the probe into the 1MDB corruption scandal to ensure “the United States and its financial system are not threatened by corrupt individuals and kleptocrats who seek to hide their ill-gotten wealth.”

The scale of the initial asset seizures was “shocking”, said Cynthia Gabriel (left), executive director of the nonprofit Center to Combat Corruption and Cronyism, who was appointed to the new government’s council investigating 1MDB. She expects “more to be uncovered”, she told the FT. The case highlights the “wanton greed, abuse of power and impunity” of Mr Najib and his government “at the expense of the poor citizens of Malaysia”, said Gabriel, who examined the government’s kleptocratic money laundering, in the National Endowment for Democracy’s Journal of Democracy.