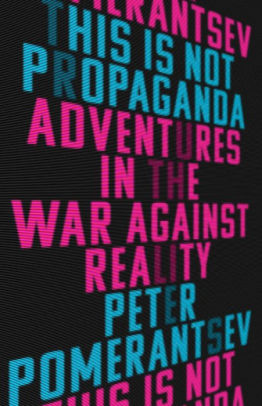 Newsfront, a website set up in 2014 during the annexation of Crimea and described by the US state department as part of a network of sites that “proliferate Russian disinformation and propaganda”, has been found [by a recent report] to use mirror sites to spread exact copies of its articles across social media. Clint Watts, a non-resident fellow at the Alliance for Securing Democracy and co-author of the report, said: “I think what is interesting is how important they see social media for distribution. We catch them almost weekly.”

The articles contribute to a wider narrative about Russia’s place in the world, said Peter Pomerantsev, a fellow at Johns Hopkins University’s SNF Agora Institute and author of This Is Not Propaganda. “The big strategic narrative of Russian propaganda is that there is no alternative to Putin…. The aim is to show that the west is corrupt, unhappy or full of Putin supporters. It might seem like quite a small operation, but it’s part of a much bigger and steady investment.”

Disinformation is a key element of what a leading analyst this week called Russia’s increasingly globalized campaign on behalf of authoritarian stability.

Russian censors also renewed efforts to target circumvention technologies and providers, whose tools have been widely used to get around state-imposed blocks, @tanyalokot writes for @globalvoices . https://t.co/BI0a3wKqQA via @tanyalokot