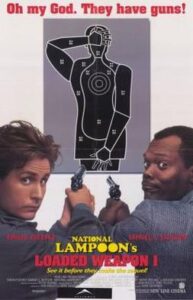 Digital platforms’ concentrated economic and political power is like a loaded weapon sitting on a table. At the moment, the people sitting on the other side of the table likely won’t pick up the gun and pull the trigger. The question for U.S. democracy, however, is whether it is safe to leave the gun there, where another person with worse intentions could come along and pick it up.

That’s the fear expressed by Francis Fukuyama, Barak Richman, and Ashish Goel, members of the Working Group on Platform Scale for Stanford University’s Program on Democracy and the Internet.

No liberal democracy is content to entrust concentrated political power to individuals based on assumptions about their good intentions. That is why the United States places checks and balances on that power. But antitrust actions against Big Tech is not necessarily the best way to deal with platform power’s serious political threat to democracy, they write in How to save democracy from technology, an article for Foreign Affairs.

The First Amendment envisioned a marketplace of ideas where competition, rather than regulation, protected public discourse. Yet in a world where large platforms amplify, suppress, and target political messaging, that marketplace breaks down. Middleware [software that rides on top of an existing platform and can modify the presentation of underlying data] can address this problem. It can take that power away from technology platforms and hand it not to a single government regulator but to a new group of competitive firms that would allow users to tailor their online experiences. This approach would not prevent hate speech or conspiracy theories from circulating, but it would limit their scope in a way that better aligned with the original intent of the First Amendment.