The Platform to Promote the Protection of Journalism and Safety of Journalists today launched its annual report. “Defending Press Freedom in Times of Tension and Conflict” is written by the Platform’s Partner Organisations, a coalition of fifteen press freedom NGOs and journalists associations (available on this link.) It highlights key areas of law, policy and practices affecting media freedom and safety of journalists in Europe and identifies actions required to improve effective protection of journalists. 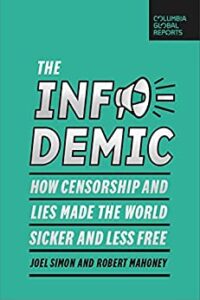 In the wake of the COVID pandemic, China took the lead as authoritarian governments in eighty nations enacted restrictions on independent media, free speech and political expression that were falsely described as public-health measures, note Robert Mahoney and Joel Simon, coauthors of The Infodemic: How Censorship and Lies Made the World Sicker and Less Free.

Authoritarian regimes called the censorship necessary and much of it temporary, but, in reality, the pandemic amplified or accelerated a shift toward authoritarianism that, according to the U.S.-based pro-democracy organization Freedom House, had been under way for fourteen years, they write for The New Yorker.

The concept of social media (particularly Twitter) as a public square is problematic and a poor analogy given that not everyone has equal access to the square itself, a Stanford forum heard this week.

The rise of the influencer and how media and news have moved from dissemination by big networks, to individual influencers and personalities, according to a discussion led by Renee DiResta of the Stanford Internet Observatory, featuring Ben Ginsberg, Larry Diamond, Nicole Wong and Rashad Robinson. 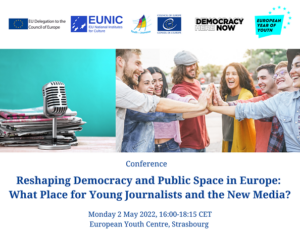 The role of the media in shoring up democracy, press freedom, and free access to information will be the focus of an event on World Press Freedom Day (3rd of May), sponsored by the EU Delegation and the Youth Department of the Council of Europe in cooperation with EUNIC Strasbourg. The event will take place on the 2nd of May, from 16:00 to 18:15, at the European Youth Centre in Strasbourg, featuring young journalists, media associations and the local youth, as well as policy-makers and the diplomatic community in Strasbourg.

On another front, in Burma, where courageous, underground, independent media worked for decades to defeat a dictatorship and usher in democracy, journalists find themselves in danger and working from exile once again after last year’s military coup, the National Endowment for Democracy (NED) adds.

For much of the past 30 years, as countless NED partners from some of the most difficult environments would pass through Washington, they were often welcomed by one of America’s most influential journalists, Fred Hiatt. The longtime editor of The Washington Post editorial page, Fred took a special and personal interest in the stories and struggles of aspiring democrats from every corner of the world and wrote often about their courageous work. Washington Post editorials forcefully condemned leaders who abused their power and highlighted the cases of those most at risk, appealing to our government and the international community to protect them. 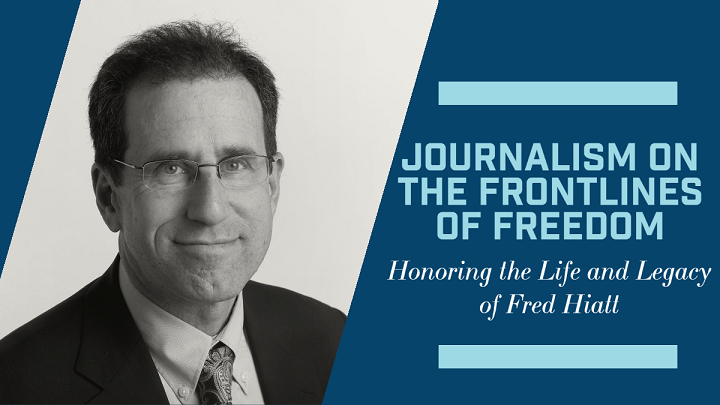 To honor the legacy of Fred’s life and work, NED will make a posthumous presentation of the Democracy Service Medal at an event focused on the important work of journalists from frontline countries and the dangers and challenges they face. Fred’s longtime Washington Post colleague and friend Jackson Diehl will moderate a conversation with key journalists and thought leaders from Ukraine, Burma, and Russia.  Following their discussion, longtime friends and colleagues will pay tribute to Fred as the Medal is presented to the Hiatt family.

The Chilean experiment is deploying components of “digital democracy,” as used in Taiwan, Italy & the European Union, to connect participants across great distances and create a robust deliberative process, @StevenHill1776 writes in @NoemaMaghttps://t.co/284FnOJVws