In collaboration with European allies, the US Justice Department has launched ‘Task Force KleptoCapture’ to crack down on oligarchs and seize assets.

“To those bolstering the Russian regime through corruption and sanctions evasion: we will deprive you of safe haven and hold you accountable,” said Deputy Attorney General Lisa Monaco. “Oligarchs be warned: we will use every tool to freeze and seize your criminal proceeds.”

Ukrainian civil society activists demanded tougher action against Russian oligarchs at a National Endowment for Democracy forum this morning. Their demands echoed calls at a NED meeting earlier this week which called for a Cold War-like alliance of democracies to combat kleptocracy. 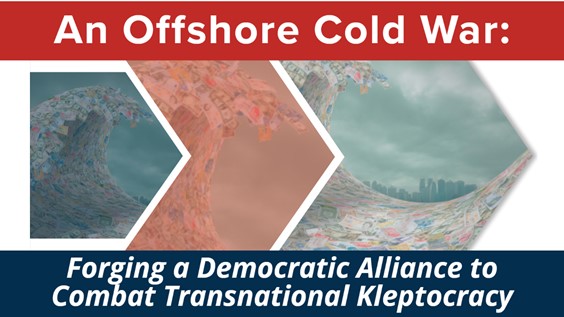 In a 2009 essay on Russia’s “Selective Capitalism and Kleptocracy“? political analyst Daniel Kimmage wrote: “The primary goal of the Russian elite is not to advance an abstract ideal of the national interest or restore some imagined Soviet idyll.” Rather, he added, its goal is “to retain its hold on money and power,” notes Christopher Walker, the NED’s vice president for studies and analysis.

This clear-eyed assessment of Putin’s Russia is even more relevant today than when it was originally published. So, what should free societies have learned since its publication, he asks in American Purpose:

A new Battle of Britain – in the banks rather than on the beaches – is taking shape, Sarah Manney writes for Cambridge University’s Varsity.

Not to escape blame, the University of Cambridge was named a half-dozen times in a 2021 National Endowment for Democracy report for accepting donations from politically exposed figures such as a Ukrainian oligarch with ties to Russia who is now under international sanctions, she notes.

To be clear, these measures are no substitute for an immediate response to the “hideous and barbaric” conquest of Europe’s largest nation, numbering 44 million people. Manney adds. But the rubles siphoned out of Russia and recycled in the UK are an IV drip sustaining the Kremlin elite, even as ordinary Russians are bled dry by economic sanctions.