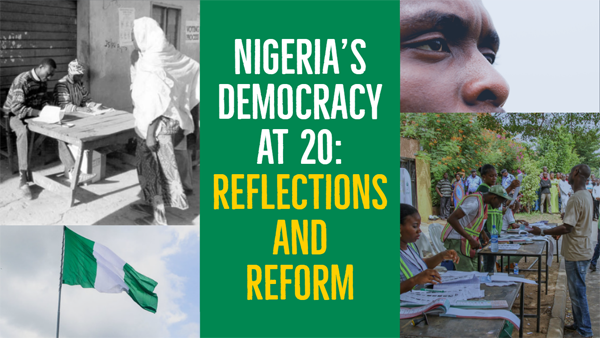 There are a number of disturbing parallels between Sudan and Nigeria, not the least sobering of which is each country’s tremor-prone path to genuine democracy. The toxin of power has deeply infected the militaries of both nations, and each will employ the most unconscionable wiles to hold on to that power and ensure its continuing domination of the political environment, he writes for the New York Times:

The Constitution marked the commencement of a political arrangement once proposed by Nnamdi Azikiwe, the first president of independent Nigeria and one of the country’s foremost nationalists, as a solution to the power struggles that had roiled Nigeria since its first military coup in January 1966. The military had mothballed the idea at the time, only to roll it out in 1999, camouflaged as democracy. The true name for this governing structure is “diarchy,” and it describes a government jointly ruled by military and civilian components, with or without the latter’s consent. 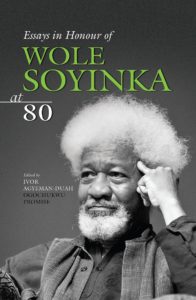 Thousands of Nigerian hunters, armed with charmed amulets and intimate knowledge of harsh terrain, are preparing an offensive against the Boko Haram extremists who have ravaged the northeast for a decade, calling it “high time” they help soldiers end the deadly insurgency, Associated Press reports (HT:FDD).

Afrobarometer and Transparency International’s Global Corruption Barometer – Africa 2019 was cited by Nigerian President Muhammadu Buhari, in a statement on Twitter to condemn the alleged coup attempt in Ghana and by Ghanaian President Nana Akufo-Addo, as proof of his government’s commitment to fighting corruption. 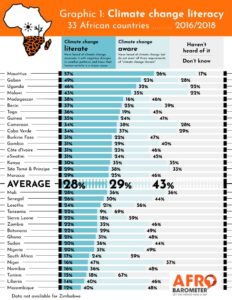 Although Africa’s contribution to global greenhouse emissions is small (about 4 percent of the world’s total in 2017), African nations are among the countries most vulnerable to and least prepared for climate change, according to Afrobarometer’s Edem E. Selormey and Carolyn Logan.* In other countries, awareness of climate change was much less widespread. These include some of the continent’s largest populations, such as Nigeria, where only 50 percent of respondents said they knew about climate change, and South Africa (41 percent).

In February 2019, Nigeria held its sixth national election since the country returned to democratic civilian rule, the National Endowment for Democracy adds. While the elections were ultimately deemed largely free, fair, and credible by international and domestic observation groups, they were marred by intimidation, irregularities, and public indifference.

The recently concluded election reflects both the strengths of and deficiencies in Nigeria’s democracy. Political space is pluralistic and competitive. The public has real expectations for government officials, and failure to meet these expectations can result in removal from office. Government structures and systems, including the electoral management bodies, security forces, and the courts are guided and constrained by democratic rules. And yet, politics is exclusionary. Government officials and agencies often fail to operate transparently and to respond to the needs and demands of the people. Officials and agencies fail to abide by the rule of law.

As Nigeria enters its third decade as a democracy, how can it both consolidate and deepen its democracy? What roles can civil society, the government, the public, and the international community play in accelerating this process?

The National Endowment for Democracy, the Ford Foundation, and YIAGA Africa invite you to a discussion on 20 Years of Democracy in Nigeria. 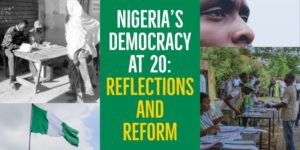 *Edem E. Selormey is the Afrobarometer field operations manager for North, East and Anglophone West Africa, based at the Ghana Center for Democratic Development (CDD-Ghana). Carolyn Logan is deputy director of Afrobarometer and associate professor in the Department of Political Science at Michigan State University. Originally posted on the Monkey Cage blog.