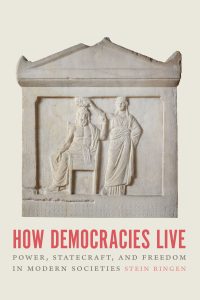 “My defense of democracy,” writes Stein Ringen,​ author of How Democracies Live, “grows out of a conviction that if we and our children cannot live under reasonably well-functioning democratic rule, our and their lives will suffer for it. It is not a book of predictions of doom and gloom, but a reminder, a sober reminder I hope, of the majesty, albeit imperfect majesty, of the democratic enterprise.”

Political science, the science of power, has failed to find a robust definition of its core concept. Understanding power is at the heart of any political analysis, he tells The Chicago Blog. RTWT

In his new book, “Liberalism and Its Discontents,” Francis 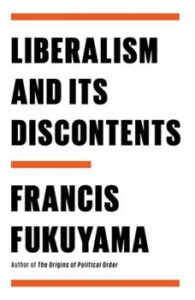 Fukuyama’s vision for reviving liberal democracy suggests that liberals restore the ideology’s “normative framework, including its approach to rationality and cognition,” “take federalism seriously,” and “respect a zone of privacy surrounding each individual” in order to promote “democratic deliberation and compromise,” The New Yorker’s Krithika Varagur writes.

“Moderation is not a bad political principle in general, and especially for a liberal order that was meant to calm political passions from the start,” argues former @NEDemocracy board member @FukuyamaFrancis @FSIStanford @StanfordCDDRL