A dramatic debate between US strategist Stephen Bannon and French philosopher Bernard-Henri Levy* at the Athens Democracy Forum, illustrated the intensity of the battle for political minds and souls, The New York Times reports.

Democracy as a system of government is a given in the West, and has been for a long time, the  Times’s Farah Nayeri writes.

Yet in large parts of the world, it is a distant dream, said Annika Savill, the executive head of the United Nations Democracy Fund, who said the word “democracy” appeared nowhere in the United Nations Charter, and about half of the world’s countries “do not embrace it as a form of governance, or merely pay lip service to it.”

That stark statistic was epitomized by the Syrian human rights activist and author Kassem Eid, who is an adversary of the Syrian president, Bashar al-Assad, and a survivor of a Sarin gas attack in August 2013. Mr. Eid appeared onstage in Athens sporting a Batman mask — a reminder, he said, that while politicians (such as the Chinese leadership in Hong Kong) ban face masks, “they get to wear them every day, and just wear a poker face, and go out on TV and lie to people.”

Mr. Eid — now a refugee in Germany — said the West, having defeated Nazism and witnessed the collapse of communism, had let its guard down “while Nazis and communists were working on their comeback — and they have succeeded.” “I hate to bring the bad news, but the party is over,” he declared to thunderous applause. “Democracies are under attack, and if you don’t fight for democracy, you don’t actually deserve it.”

The lack of leadership from established democracies is harming the global cause of freedom and democracy. The former bastions of democratic ideals have not stopped to take notice or action, the Atlantic Council’s Will O’Brien contends. 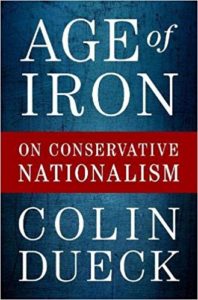 But the perceived US retreat from global engagement is at least party due to strategic overreach on the part of traditional Wilsonian liberal internationalism, argues George Mason University professor Colin Dueck.

“The Wilsonian mindset encourages the belief that there is no great difference between authoritarian nationalism and democratic versions. But there is all the difference in the world,” he writes for the National Interest. “The totalitarian powers of the twentieth century would not have been undermined and defeated without the power of democratic nationalism arising in the United States.”

“All things considered, the end of the Wilsonian century—if that is what we are witnessing—need not represent the end of the world. It need not represent the end of democracy, since democracy and the hope for its promotion predate Woodrow Wilson,” adds Dueck, author of “Age of Iron,” in which he argues for a forward-leaning realism and asserts that conservative nationalism is the most venerable democratic tradition in US foreign affairs. 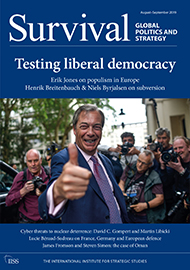 Is liberal democracy “alien to human nature”? It’s existed in a sliver of human history — a few hundred years at most, in only a few countries, with a particular culture. It’s not really what most people find emotionally satisfying, analyst Andrew Sullivan tells the Democracy Works podcast.

The erosion of freedom globally has remained consistent for the 13th consecutive year, according to research from Freedom House (above). From corrupt elections and abuse of term limits to attacks on journalists and the free press, the health of democratic systems globally is under threat, the Chicago Council on Global Affairs observes:

Two sister organizations, the National Democratic Institute and the International Republican Institute, have similar missions: to support democracies and democratic transitions in every corner of the world. But their political philosophies and methods differ. What is the value of these differing perspectives and their cooperation in supporting and promoting global democracy? Derek Mitchell, President, National Democratic Institute, and Daniel Twining, President, International Republican Institute [core partners of the National Endowment for Democracy] reflect on the state of democracy in America and around the world. 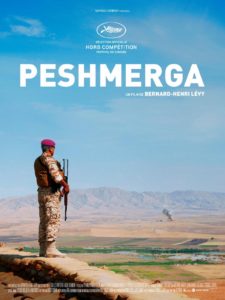 With U.S. withdrawal from Syria, we see a dire humanitarian catastrophe facing the Kurds and a loss of hard-won stability in this area, the Middle East Institute adds. Directed and shot, on the frontline, in Iraq, by Bernard-Henri Lévy, the film Peshmerga shows the bravery and resilience of the Kurds, the Middle East Institute adds. Join Lévy after the film for a conversation on the unprecedented situation facing Kurds in Syria today.