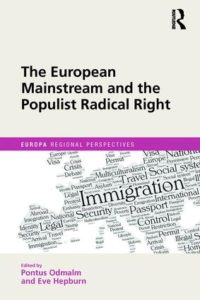 Liberal democrats should avoid the populists’ Faustian embrace, research suggests. Cosying up to populists rarely ends well for moderates; political scientists who have studied such things have warned of the dangers, The Economist reports:

If support for populism and anti-establishment parties continues to grow, European democracies will remain on a trajectory toward an era of paralysis, unable to deliver results to an increasingly frustrated public, according to Andrea Kendall-Taylor, a senior fellow and director of the Transatlantic Security Program at the Center for a New American Security, and Alina Polyakova, professor of European studies at the Johns Hopkins School of Advanced International Studies.

Democracies are, by design, competitive and thus often messy. But the kind of political fragmentation taking place in Europe today [as noted by The Economist] is pushing the boundaries of useful debate and deliberation, they write for The Post:

As voters become increasingly frustrated with a lack of results, they will look to “more effective” strongman models of the type embodied by Russia and China. As the competition between democracy and authoritarianism intensifies, democracies must be able to deliver. Unfortunately, populist-fueled fragmentation will make that harder. At the end of the day, people may be willing to forgo some of their freedoms in exchange for governments they view as capable of delivering results.

Radical right-wing parties are polling well, but how will they fare now that the economy is picking up in Europe? Their success in the elections is a test of the conventional wisdom that economic crisis breeds radical politics, says analysts Jonathan Mijs and Noam Gidron. Our research gives reason for doubt, they write for the Post’s Monkey Cage blog:

News media often portray the radical right and left as competing over the same group of dissatisfied voters. Our work suggests it’s shortsighted to treat radical left and right parties as a single group. The two parties draw on distinct voter bases, motivated by very different concerns. Economic concerns may lead voters to support the radical left — but our results suggest these concerns are unlikely to push people to the radical right.

Jonathan Mijs (@JonathanMijs) is assistant professorial research fellow at the International Inequalities Institute at the London School of Economics, and a fellow in sociology at Harvard University. His research explores the political causes and consequences of social inequality.

Noam Gidron (@NoamGidron) is assistant professor at the Department of Political Science and the Joint Program in Politics, Philosophy and Economics (PPE) at the Hebrew University of Jerusalem.