So how to modernize the democracy assistance toolkit in the face of new authoritarian challenges? How to adapt to emerging technologies while developing a robust idea of freedom and a compelling democratic narrative? 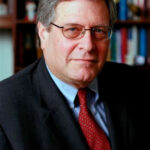 These are some of the questions to be considered by the Westminster 2.0 Working Group, which will make recommendations to modernize approaches to advancing freedom and promoting democracy in the context of 21st-century challenges and opportunities, the Ronald Reagan Foundation & Institute reports:

In 2022, coinciding with the 40th anniversary of President Reagan’s Westminster Address, the Working Group will produce a report evaluating past efforts and programs and outlining the strategy and tools necessary to advance freedom in today’s world. The central question will be how to organize our government to best develop and utilize that toolkit, including what new legislation, structures, and resources might be required to do so. 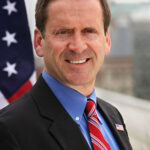 The Working Group will be co-chaired by Ambassador Mark Green (right), Executive Director of the McCain Institute for International Leadership and former Administrator of the U.S. Agency for International Development, and Mr. Kenneth Wollack (above), Board Member of the National Endowment for Democracy (NED) and former President of the National Democratic Institute. The group also comprises 18 bipartisan members, including current and former public officials, freedom and democracy advocates, technology experts, and business leaders.