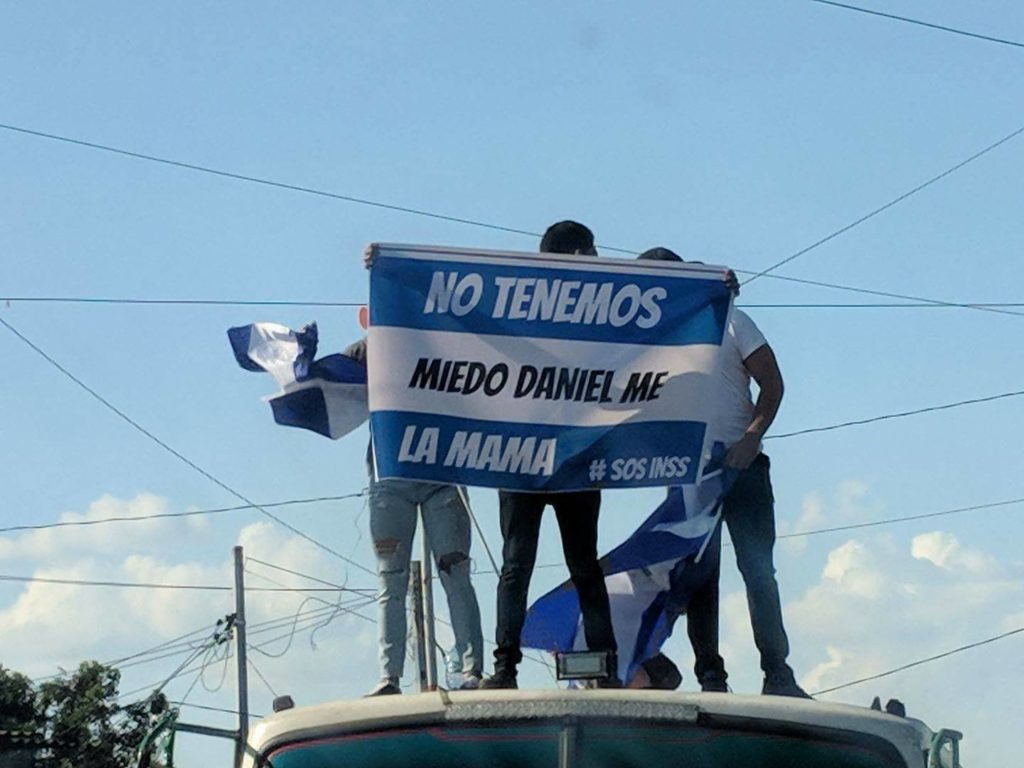 Pope Francis today expressed the hope that a process of reconciliation could help resolve Nicaragua’s crisis. “The various political and social groups may find in dialogue the royal road to an exchange beneficial to the entire nation,” he told members of the Diplomatic Corps accredited to the Holy See.

But such a scenario is unlikely, observers suggest, given that Nicaragua is spiraling toward economic and political collapse and the regime’s crackdown on civil society has been condemned as ‘rule by terror.’

“The Ortega-Murillo government continues to be unwilling to find, through dialog and negotiation, a resolution that may foster the return of democracy and the restoration of rights and liberties that have been undermined,” opposition coalition Unidad Azul y Blanco said in a letter to OAS Ministers, calling for the Interamerican Charter to be invoked.

Opposition groups welcomed the news that OAS Secretary General Luis Almagro asked the Permanent Council to convene a special session to gauge the current situation in Nicaragua after a report from the Interdisciplinary Group of Independent Experts (GIEI) of the IACHR (Inter-American Human Rights Commission) concluded that the regime is guilty of crimes against humanity.

“Our field work demonstrated that crimes against humanity are underway,” said Paulo Abrão, IACHR executive secretary, who was among the international monitors expelled from the country.

The report shows that “social protests have not arisen from isolated incidents but, rather, from years of institutional processes and state practices that led to restriction of citizen expression, closing spaces, coercing public institutions, and concentrating authority on the president,” adds Unidad, a coalition of 72 civil society groups.

President Daniel Ortega’s forces have launched a wave of repression against civil society groups and journalism outlets that is choking off what little remains of democracy in this Central American country, Ismael Lopez Ocampo and Mary Beth Sheridan write for The Washington Post:

The government recently stripped nine civil society groups of their legal standing and seized their assets. News organizations critical of the Ortega administration have been closed, and some editors have been charged with crimes including conspiracy to commit terrorist acts. … The crackdown marks a new stage in the government’s efforts to destroy a protest movement that emerged in April and swelled into giant demonstrations demanding Ortega’s resignation.

The GIEI’s 485-page report corroborates the impairment of the democratic order, Unidad Nacional Azul y Blanco notes, and details, among other findings, that: