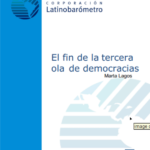 Democracy in Latin America has experienced an ‘annus horribilis’ in 2018, research suggests.

From March 2017 to June 2018, over 800,000 Venezuelans fled to Colombia amid political and economic chaos in Caracas. In Costa Rica, nearly 8,000 asylum claims from Nicaraguans were registered between April and July 2018. As many as 23 percent of all Cubans in the U.S. arrived within the last 8 years. These countries are considered three of the four least “free” countries in

Latin America and the Caribbean according to Freedom House’s “Freedom in the World 2018.”

This event will bring together U.S. development agencies and policymakers with democratic leaders from Cuba, Nicaragua, and Venezuela to share diverse and bipartisan views on how we can move closer towards a hemisphere of freedom. This event will also be an opportunity to recognize Congresswoman Ileana Ros-Lehtinen’s many years of tireless and effective service to advance freedom in the Western Hemisphere.