While Sudan has embarked on a path toward democratic and accountable government, economic fragility threatens to derail its transition, it observes. The Friends of Sudan should bolster the civilian-led administration with urgently-needed financial support and call for an African Union envoy to help keep the transition on track. 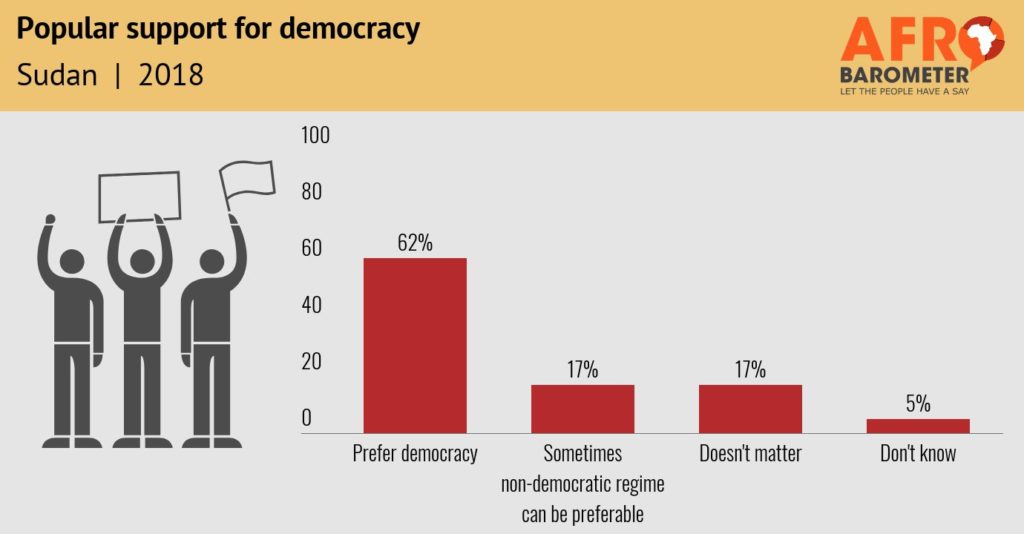 The transition promises to be anything but easy, a recent Afrobarometer report suggests. Economic problems that sparked initial protests in 2018 still await complex solutions, and the state bureaucracy remains weak. How will the military and the clergy, both important players in Sudanese politics of the past, interact with democratic aspirations for the future?

Sudan’s transition signals the possibility of a second Arab Spring, one observer suggests, noting that across the Arab world, an increasing number of citizens disagree with the “use of religion for political gain,” according to a recent YouGov survey:

“What is clear is that this second round is much more peaceful, focused and has already delivered a great deal,” he said. “In Sudan, we have seen a very peaceful transition that was done to the satisfaction of the Sudanese people, and transition to democracy is going smoothly.”

Sudanese Prime Minister Abdalla Hamdok became the first Sudanese leader to travel to Washington, DC in more than thirty years, seeking to win more international support for his transitional government as it tries to guide Sudan towards democracy, the Atlantic Council’s David A. Wemer reports.

“There is a success story that is emerging” in Sudan, Hamdok told an audience at the Atlantic Council on December 5 (above). In a “region full of crises and riddled with conflicts, Sudan provides hope,” he declared.

Seven months after the fall of Omar al-Bashir and his 30-year-long kleptocracy, Sudan is struggling to escape the legacy of corruption and mismanagement he bequeathed it, the Economist adds:

Nowhere is this more evident than in the traffic-clogged streets of Khartoum, the capital, where public transport has all but disappeared……Traffic jams are the work of the “deep state”, conjectures one observer. A group of minibus owners in north Khartoum claim that saboteurs are causing gridlock by abandoning vehicles in the roadways. Some blame members of the former ruling party, the National Congress Party, which owned nearly 40,000 vehicles.

Civil society groups (below), including several partners of the National Endowment for Democracy, were closely involved in negotiating a peaceful transition.

Hamdok took office on August 21 as part of a power-sharing deal between Sudan’s armed forces and the Forces of Freedom and Change (FFC)—a group representing pro-democracy protesters, the Atlantic Council’s Wemer adds. Waves of demonstrations in early 2019 against former president Omar al-Bashir, who had ruled the country through repression for thirty years, culminated in the president’s removal by the armed forces on April 11. The military initially intended to govern the country for a two-year period, but intense protests—and a violent massacre of more than one hundred demonstrators on June 3—forced the military leadership into the agreement with the FFC.

The United States has praised Hamdok’s efforts to reform Sudan’s political system and break with the practices of the previous regime, Brookings analyst Payce Madden reports. In an example of these efforts, on Thursday, December 5, Sudan’s Sovereign Council and Cabinet announced the disbanding of the National Congress Party (NCP), established by former President Bashir, and to cancel the Public Order Law, which enforced strict moral codes and disproportionately affected women.

But there are many potential ways that Sudan could fail to arrive at its scheduled democratic elections in 2022, analyst Rebecca Hamilton writes for Foreign Policy:

In order to offset these threats, the Friends of Sudan, comprising African powers, Western donors and long-time partners of Khartoum from the Gulf region, should commit to a course of action commensurate with the urgency of this once-in-a-generation chance to steer Sudan toward durable stability, the Crisis Group adds, recommending the following steps: 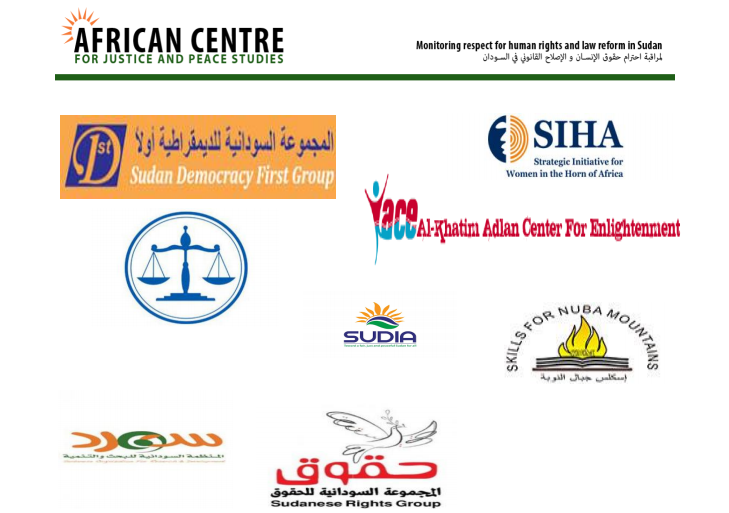