For weeks, Europe’s far-right populists have been dashing across the Continent, joining arms and presenting themselves as a united front that will batter the political establishment and score a big breakthrough in this week’s elections for the European Parliament, The New York Times reports:

Their latest group hug came in Milan on Saturday evening, where Italy’s firebrand, Matteo Salvini, preened with France’s far right icon, Marine Le Pen, and nearly a dozen other populist leaders. They bashed the European Union, migrants and Islam and promised the dawn of a new, nationalist era.

But it was telling what they did not talk about: the scandal that erupted this weekend in Austria, which led to the collapse of the nation’s coalition government after the far-right vice chancellor was caught on a video promising favors to a woman claiming to be a Russian investor.

The scandal is a reminder that Russia has deep ties to many populist parties, the Times adds. “What’s strange,” said Tom Tugendhat, a Conservative Party lawmaker in Britain, “is how many of these nationalist movements seem to be in favor of Russia, not their own country.”

Giles Portman, who heads the East Stratcom Task Force, told BBC Trending: “The evidence is being compiled for several years now that Russia has been seeking to influence European democratic processes. 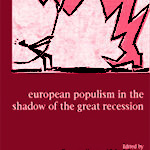 “Attempts have been made to hack and leak, or to denigrate particular politicians, or to misrepresent certain policies. The best way [for Russia] to strengthen itself is to weaken its opponent.”

Populists have recognized that suppressing the vote in the EU elections would benefit them, according to Yves Leterme and Sam van der Staak of the International Institute for Democracy and Electoral Assistance (International IDEA). Already, they have latched onto three powerful instruments of voter dissuasion, they write for Project Syndicate: 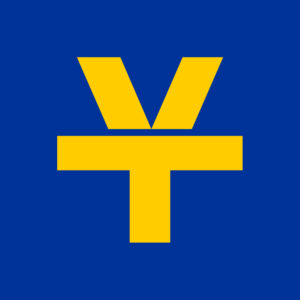 Evidence of major malpractice in last year’s Hungarian elections  raises “serious” concerns about the integrity of next week’s European parliamentary elections, analysts suggest. Hundreds of voters were bussed in from Ukraine to support the ruling party, Fidesz, voters were bribed and threatened, a vote tally was altered by counting agents and Fidesz’s super-majority was announced before malfunctioning counting software had been fixed, according to a new investigation by Unhack Democracy Europe (left) and OpenDemocracy:

Other allegations in the report include evidence that the Hungarian National Election Office appears to have given out inconsistent numbers when reporting how many people were on the electoral roll, and that thousands of absentee ballots seem to have disappeared, while thousands more arrived with envelopes which appeared to have been opened.

The evidence “calls into question the result of the vote – and the supermajority it gave to Fidesz”, said professor Gábor Tóka, election expert at the Central European University. “As we approach the European elections next week, international observers should pay close attention to what’s happening in Hungary”.

The Unhack Democracy Europe report “shows that if the election had been properly run – even under his rigged rules – Orbán could not have regained his two-thirds majority,” said Kim Lane Scheppele, Professor of International Affairs at Princeton University.

“It is especially disturbing that the election officials out in the polling places reported so many problems reporting and certifying results,” she added. “Now we know what was happening behind the scenes. The vote count was plagued with so many different irregularities that the end result cannot be trusted.”

To contain populism, national leaders must show greater sensitivity to the nuances of local politics — as French President Emmanuel Macron has done, with some success, in the wake of last year’s anti-fuel-tax riots, Bloomberg adds. Moderates should also present concrete solutions to the problems fueling discontent. That means three things above all: