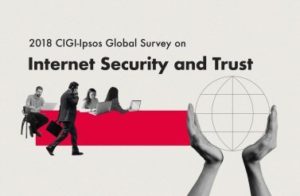 There is little doubt that some recently revealed uses of digital applications such as social media and content platforms are creating a perception of crisis for the world’s democracies, notes a new must-read analysis.

These developments are having detrimental impacts on citizens’ ability to exercise freedom of expression, on diversity online and on civic engagement, according to  Governance Innovation for a Connected World: Protecting Free Expression, Diversity and Civic Engagement in the Global Digital Ecosystem, a report from the Global Digital Policy Incubator (GDPi) at Stanford’s Center for Democracy Development and the Rule of Law, and Canada’s Centre for International Governance Innovation. Examples include:

threats to freedom of expression posed, on the one hand, by trolls and bots discouraging speech by attack or simply by swamping the conversation, and, on the other, by increasing censorship or distortion by governments and by the platforms themselves in response to government mandate;

→ threats to democracy posed by proven and alleged Russian interventions in democratic elections, accusations of fake news1 and the resulting threat to a shared understanding of objective reality; → declining trust in public institutions and traditional media;

→ increasing isolation of social media users in filter bubbles or echo chambers imposed by the platforms’ design, which makes civic engagement across ideological lines difficult, if not impossible; and

→ threats to diversity caused by the market dominance of the major platforms, with resulting impacts on the discoverability and economic sustainability of digital cultural expression, including local and linguistically diverse content.

“A great deal of digital content, and the majority of the technology companies that publish or host it, are increasingly crossing national borders,” it adds. “Yet, a growing number of states, led by China, are advancing the concept of cyber sovereignty — sweeping control over the digital space within their national borders.”

“By blocking access to international digital platforms and dominating domestic digital platforms, authoritarian regimes have been able to integrate their powers of intelligence gathering, surveillance and censorship into the digital realm,” says the report, edited by GDPi executive director Eileen Donahoe, who serves on the National Endowment for Democracy board of directors; and Fen Osler

In ‘Protecting Free Expression, Access to Diverse Information and Democratic Engagement Online’, Suzanne Nossel and Viktorya Vilk of PEN America delve further into the topic of freedom of expression, the report adds:

The very nature of the internet — which enables communications to move farther, faster and at greater volumes — has “profound implications for free expression and open discourse,” they write. It has opened the door to new forms of state surveillance and censorship, while also giving unprecedented power and influence over how people communicate to a handful of private tech companies. Nossel and Vilk also caution that any stakeholders attempting to address harmful online behaviour through policy need to tread carefully, because interventions may have unintended consequences.

“Efforts to address one impairment to free expression, such as the spread of online trolling, can open the door to other forms of infringement, including the policing of speech based on ideology and viewpoint.”