Asian environmentalists as well as self-serving autocrats make the argument that a crisis as severe (if man-made) as rising temperatures can be mitigated only by the firm smack of authoritarian rule. Democracies huff and puff and, prey to vested interests and voters’ distaste for hard choices, ultimately shirk the task. The Economist notes, but:

Authoritarian environmentalism…..may excel at producing policies but be no better than democratic environmentalism at producing good outcomes—and probably worse. Policy driven by bureaucratic and technocratic elites, with almost no input, monitoring or modification from those who make up civil society, has real drawbacks: think of the provincial governments in China that lie about their coal-use figures and of the supposedly clean, China-backed hydropower projects on South-East Asia’s giant rivers that are wreaking havoc with fish and water flows. 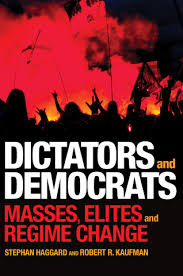 For Putin’s Russia, democracy is not a value per se, rather identity is the real value worth fighting for, argues analyst Anna Mahjar-Barducci. The former Kremlin advisor Sergey Karaganov believes that authoritarian regimes command “an advantage over modern democracies,” since they are better at consolidating resources and promoting a consistent long-term policy, she writes for the Middle East Media Research Institute (HT: FDD).

The resurgence of threats to liberal democracy — external and internal — does not refute the principal thesis of Francis Fukuyama’s “The End of History?” argues Peter Berkowitz, the Tad and Dianne Taube senior fellow at the Hoover Institution, Stanford University. The key claim was not that history guaranteed liberal democracy’s worldwide triumph but rather that concrete political developments had made manifest liberal democracy’s superior reasonableness and justness in comparison to all conceivable rivals, he writes for Real Clear Politics:

The magnitude of the threats that have arisen over the last 30 years, however, does suggest that Fukuyama [a board member of the National Endowment for Democracy] overlooked the resilience of authoritarian political alternatives. And that he underestimated the internal tensions and destabilizing passions inhering in liberal democracy — among them, on the one hand, the impatience with formal equality under the law that issues in a desire for an all-encompassing equality and, on the other, the quest for community and the longing for the sacred.

Reconciling these tensions has preoccupied lovers of liberty since before the nation’s founding. It will remain a task for friends of freedom in America and abroad, adds Berkowitz. RTWT