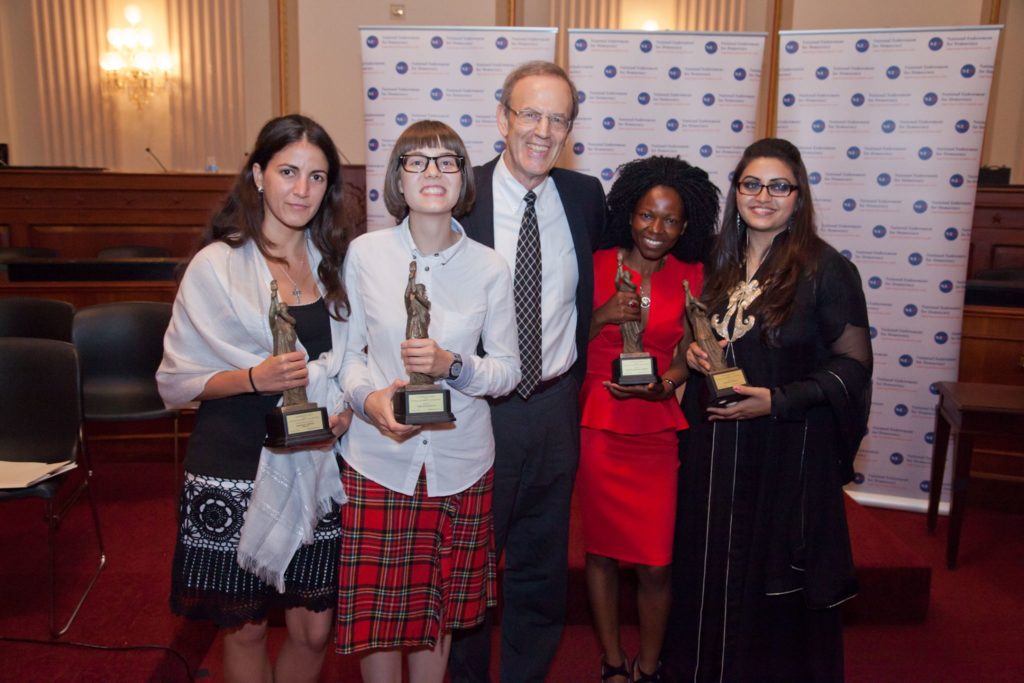 A Pakistani human rights activist who spoke out against the army has fled the country after months in hiding. Gulalai Ismail (above, far right) is now in the US, having eluded a country-wide hunt and a travel ban imposed by Pakistan’s authorities, the BBC reports:

The activist said she was forced to run as she feared for her life, telling AFP news agency: “If I had ended up in prison and tortured for many years, my voice would have been silenced.” Her father, Muhammad Ismail, told BBC Urdu that Ms Ismail had six cases filed against her in the Pakistani courts. And that she had decided her life was in serious danger. 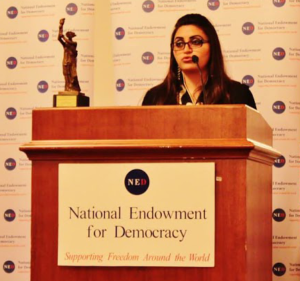 “I never wanted to leave Pakistan,” she said in Washington. “I believe that I can better work towards democracy and civil supremacy and peace in Pakistan.”

The ordeal of Gulalai (above), a 32-year-old Pakistani women’s rights activist on the run, sheds light on the state of human rights in Pakistan, a troubled nation with a history of brutal repression. Ms. Ismail has campaigned aggressively for women’s rights, bringing attention to rapes, disappearances and other abuses that she and many others say have been committed by Pakistan’s security forces against their own people, The New York Times reports:

Ever since she was 16, Ms. Ismail has been speaking out about human rights abuses, focusing on the plight of Pakistani women and girls who suffer all kinds of horrors including forced marriages and honor killings.

In January, she aired accusations, on Facebook and Twitter, that government soldiers had raped or sexually abused many Pakistani women. She has also joined protests led by an ethnic Pashtun movement that Pakistan’s military has tried to crush. Pakistani officials have accused Ms. Ismail of sedition, inciting treason and defaming state institutions. 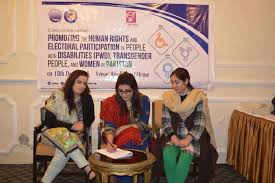 Ismail is the co-founder and chairperson of Aware Girls, (left), which aims to empower and educate young women on rights and leadership in Pakistan. The group challenges the culture of violence and oppression of women in north-west Pakistan’s rural Khyber Pakhtunkhwa region. She also chairs the Seeds of Peace network, founded in 2010, which trains youth in human rights and political leadership, promotes women’s political participation, and encourages religious tolerance.

A recipient of the National Endowment for Democracy’s 2013 Democracy Award, the Fondation Chirac Peace Prize, the International Humanist of the Year Award, the Commonwealth Youth Award for Excellence in Democracy, and the Anna Politkovskaya Award, she is also a Board Member of the Women’s Global Network for Reproductive Rights and a member of the Asian Democracy Network.