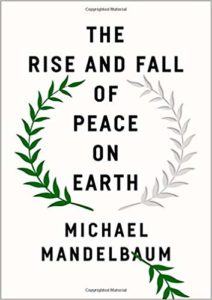 Greater attention to the preconditions for and impact of freedom and democracy, and to the persistence and varieties of nationalism, would contribute to the formulation of a 21st century foreign policy more suitable to U.S. interests and principles, according to a leading commentator.

President George W. Bush’s November 2003 speech on the National Endowment for Democracy’s 20th anniversary marked a shift in focus from the threat posed by WMD to the threat posed by dictatorship, and from the goal of disarmament to that of promoting democracy, argues Peter Berkowitz, the Tad and Dianne Taube senior fellow at Stanford University’s Hoover Institution.

Michael Mandelbaum’s new book, “The Rise and Fall of Peace on Earth,” shows that while the spread of freedom and democracy has been very much to America’s advantage, the United States is poorly equipped to foster the cluster of norms, habits, and institutions on which they depend in the authoritarian states currently destabilizing the international order, he adds.

The “deep peace” of the post-Cold War era was marked by the steep decline of “security competition” — that is, the struggle for primacy among nations that has been a defining feature of international affairs since the dawn of history – is an unprecedented historical moment that rests on three pillars, according to Mandelbaum:

But the rise of revisionist powers has ended the post-Cold War deep peace, notes Berkowitz.