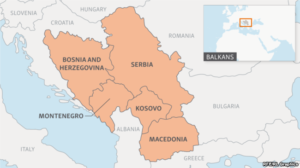 After the concerted Western response to the poisoning in Britain of a former Russian spy and his daughter, which expelled around 150 Russian diplomats and intelligence officers, “the Balkans become even more important,” said Mark Galeotti, a senior researcher at the Institute of International Relations in Prague. “Russia is looking for ways to retaliate that are asymmetric and provide Moscow opportunities,” he said.

In a new paper for the European Council on Foreign Relations, Mr. Galeotti says that “Russia looks to the Balkans as a battlefield in its ‘political war,’” seeking “to create distractions and potential bargaining chips with the European Union.”

Democracy-assistance groups have worked in the Balkans since the end of the Yugoslav wars to bridge interethnic divides and foster reconciliation and democratic cooperation, according to Daniel Twining and Kenneth Wollack, presidents of the International Republican Institute and National Democratic Institute, respectively. In contrast, Russia has escalated its efforts to exacerbate intercommunal tensions and undermine social cohesion, they write for the Washington Post:

Democracy-assistance groups [like theNational Endowment for Democracy, NDI and IRI] have worked in the Balkans since the end of the Yugoslav wars to bridge interethnic divides and foster reconciliation and democratic cooperation. In contrast, Russia has escalated its efforts to exacerbate intercommunal tensions and undermine social cohesion in these young and fragile democracies by backing separatist movements and ultra-nationalist politicians who incite ethnic hatred.

In post-Soviet states such as Ukraine, IRI and NDI work in support of efforts by local governments, civic organizations, parliament and political parties across the spectrum to advance reforms and combat corruption. Russia, on the other hand, invades and occupies territory and instigates violence. Its hybrid warfare incites and exploits ethnic, linguistic and cultural divisions, demonizes marginalized communities and corrodes trust in democratic institutions.

The region’s democracies – vulnerable due to low levels of media freedom and education (see below) – have also been subjected to Kremlin disinformation.

Fake news comes from the mainstream media and government, as well as from Russia, says Stevan Dojčinović, editor-in-chief of the Crime and Corruption Reporting Network (KRIK), a National Endowment for Democracy grantee. “The independent media survived dictatorship but they won’t survive democracy. This is open hunting season on independent thinkers,” Snježana Milivojević, journalism professor tells Politico. “Democracy is seriously in danger.”

Charles A. Kupchan, who was Europe director of the National Security Council under President Barack Obama, said that “the Russians are taking advantage of the last part of Western Europe that remains politically dysfunctional,” the Times adds:

Renewed Washington concern “stems in part from concerns about expanded Russian influence,” said A. Ross Johnson, noting that Congress now demands that the Defense Department provide “an assessment of security cooperation between each Western Balkan country and the Russian Federation.” RTWT 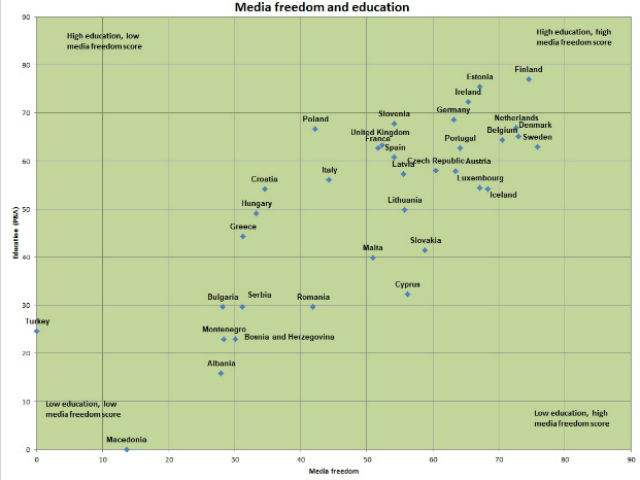