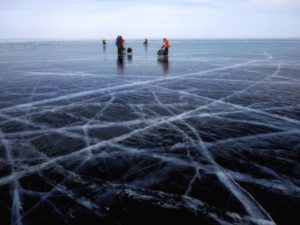 The hope for a more viable democratic political force in Russia depends on resilience of Western democracies, according to a new report.

The façade of stability and strength of the current political regime in Russia belies the possibility of a precipitous and dramatic shift in the country’s organization, direction, regional role and foreign policy approach, form of government and even its physical shape and size, writes Natalia Arno, President of the Free Russia Foundation. The proposition that a dramatic change in Russia is possible is not far-fetched, she argues in the foreword to the analysis, Russia Scenarios 2030, outlining twelve hypothetical evolutions suggested by five prominent Russian authors: Vasily Gatov, Vladislav Inozemtsev, Aleksandr Morozov, Denis Sokolov and Ilya Zaslavskiy.

After the collapse of the USSR, the West has mostly failed to export its democratic norms to the post-soviet region. Instead, the main import of corrosive practices along with outright corruption has been happening from kleptocratic regimes, especially from Russia, to the West itself, argues Zaslavskiy, Head of Research at the Free Russia Foundation.

In fact, in the past thirty years the United States has been greatly surprised by such shifts on at least two occasions, Arno observes:

Erosion of Vladimir Putin’s so-called vertical of power, whose establishment Putin announced as one of his primary political objectives when he first came to power, has given rise to a fundamentally different political system in Russia, argues Sokolov, a Senior Nonresident Fellow at the Free Russia Foundation, Senior Advisor at CSIS, and former Visiting Fellow at the Kennan Institute:

The absolutist model of the 2000s and early 2010s is being weakened by a fierce struggle for power between several political groups of siloviki (literally, strongmen— law enforcement and intelligence officers) at the federal level. At the same time, regional power elites and bureaucracies are becoming less and less transparent for political governance. Budget transfers, shares in locally generated capital flows, and the Lefortovo Prison are the only remaining mechanisms of leverage that are effective against them.

Nevertheless, this decentralization scenario opens up new opportunities for democratic modernization of the political systems in Russia and some post-Soviet states, based on federalization, deep political reform, judicial reform, and law enforcement reforms.

While the report makes no attempt to mask the authors’ clear differences of opinion, there is some consensus about the key points of tension in Russia’s immediate future, adds Bloomberg analyst Leonid Bershidsky:

Putin’s regime is not only illiberal in its foundation and practice – it also considers “liberal democracy” a mortal enemy and fuels efforts of countering political forces both domestically and internationally, Sokolov adds. Indeed, the ultimate form of radicalization of Vladislav Surkov’s “sovereign democracy” idea could be something like “Orthodox Nationalism” directed against national and pro-Western projects in the post-Soviet states and in some Russian regions.

“Putin’s agenda is facilitated by the rise of significant political forces in the West ready to dismantle the existing liberal world order and return to a cartel-style system of global governance based on the division of spheres of influence – akin to the XIX century Concert of Europe,” the report suggests. “Populists, far-right blood-and-soil nationalists, anti-imperialist leftists, all sorts of anti-establishment political forces in the West – are disruptive to the unity of Western democracies and they are reshaping the Western political scene in profound ways.” RTWT

But ordinary Russians should not be discounted to quite such a degree, Bershidsky contends:

The current localized protests — against plans to build a church in a public park, or against a giant landfill right next to a residential area — hardly qualify as harbingers of a revolution. But to anyone who saw Russians rebel in the final years of the Soviet Union, the grim, fearless energy of these protests is instantly recognizable. Given the regime’s largely exhausted ability to engineer visible improvements to living standards and its increasing environmental damage, a violent eruption of discontent in multiple cities at once cannot be ruled out in the medium term – whether or not Putin is still leader when it happens.

“Better-oiled suppression and co-option machines than Putin’s have been jammed by such eruptions,” he suggests. “It’s an outcome worthy of more consideration than it gets in the Free Russia Foundation report; it’s the free Russia scenario, after all.”