Russia’s aggression against Western democracies has reached a new, destructive level, according to Robert Hannigan, the former head of the British intelligence service GCHQ (above).

An official regulator may be needed to defend democracy from fake news, reports suggest.

Over the past 18 years, the Kremlin has gradually turned its back on the West — and now sees the E.U. as an aggressor in a new Cold War, notes Andrew Foxall (@drewfoxall), director of the Russia and Eurasia Studies Centre at the Henry Jackson Society,  This happened in three distinct phases, he writes for the Washington Post’s Monkey Cage:

E.U.-Russia relations — like broader West-Russia relations — have degraded still further over the past two years, most obviously since the poisoning of Sergei Skripal, a former Russian military intelligence officer, in England in March 2018, and Putin’s reelection as president later the same month. But this slide has been underway for the past 18 years, as Russia has shifted from treating cooperation with the E.U. as desirable to seeing confrontation with the E.U. as unavoidable.

In the old days, these things were done differently. There were KGB couriers, bags of cash, “Moscow gold,” secret subsidies for far-left printing presses: The Soviet Communist Party was seeking to undermine Western democracy, covertly, notes analyst Anne Applebaum, a board member of the National Endowment for Democracy. Modern Russia, by contrast, has a far easier task. Nowadays, when the Kremlin makes a covert effort to exert political influence and undermine democracy, it has far more tools available — big companies, rich oligarchs, both of which need to keep in with the government — and far more psychological leverage, she writes for the Washington Post. 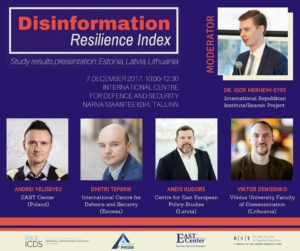 The countries of Eastern and Central Europe have become Russia’s test field for new propaganda methods, and a special target for information warfare, notes Ukrainian Prism. In partnership with leading think tanks of the region, it will present a Disinformation Resilience Index covering fourteen countries in order to come up with common solutions for countering propaganda (see below). 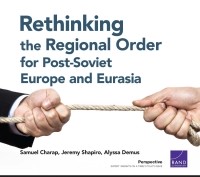 “To this day, many in the West see regional order through the lens of the democratic transitions in East Central Europe (ECE)” say the authors. Now, the West’s democracies should adopt a new approach to “in-between” countries, such as Ukraine, which are sandwiched between unattainable Euro-Atlantic aspirations, and Russian security interests, they contend.

But their study has the same flaws as the board-game Risk, notes CEPA’s Edward Lucas:

This leaves no room for Ukrainians’ own views of, and struggle against, their corrupt, oligarchic, and often treasonous political rulers, Lucas observes. RTWT

Western governments are struggling to build some kind of model to deter cyberattackers, TechRepublic adds.

“What deterrence is fundamentally about is making the cost of doing something too high for someone to want to do it,” says Ewan Lawson, senior research fellow for military influence at the Royal United Services Institute (RUSI), who was previously with Joint Forces Command with responsibility for the development of cyberwarfare capabilities.

Fears are growing over WhatsApp’s role in circulating false information in India, Brazil, Kenya and now the UK, the Guardian reports:

New analysis by the University of Oxford’s Reuters Institute found that consumers around the world are reading less news on Facebook and are increasingly turning to WhatsApp – which has 1.5 billion active users worldwide – to share and discuss news stories.

“In some sense it’s not that dissimilar to ordinary conversations but what makes it different is the speed with which these things can spread,” said Nic Newman, who co-wrote the report. “The reasons why people are moving to these spaces is because they get more privacy. If you’re in an authoritarian regime you can use it to talk safely about politics – but it can also be used for nefarious means.”

A dark image of the Baltic states was (again), painted in pro-Kremlin disinformation this week, Disinformation Review adds: 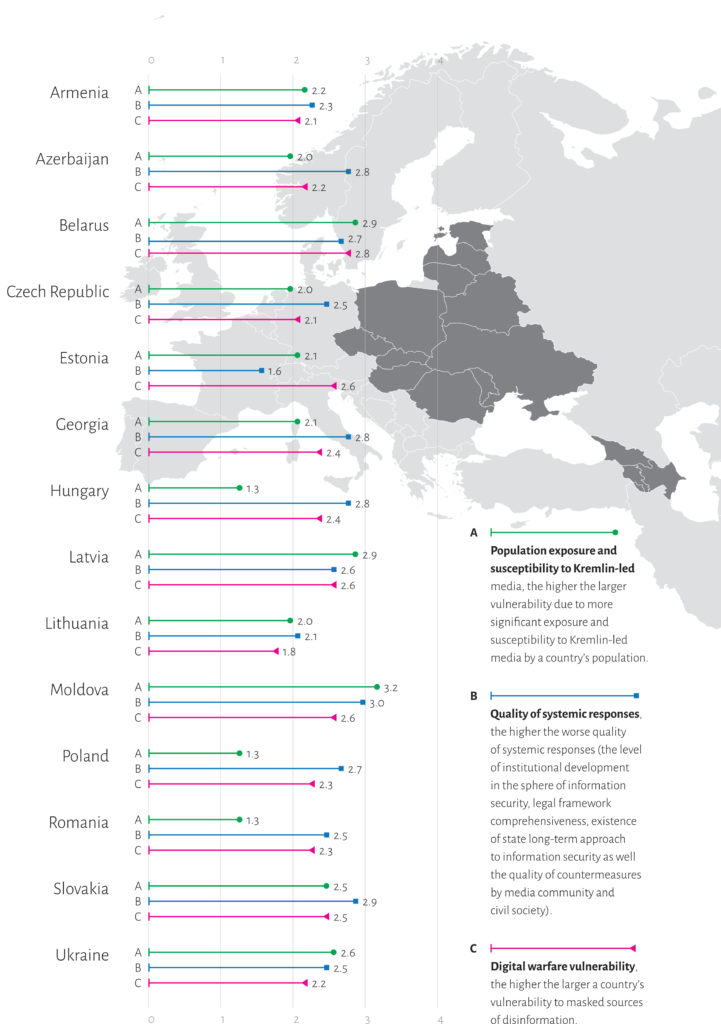