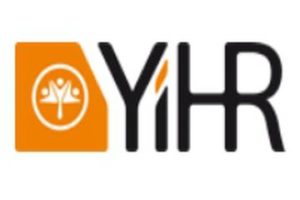 Serbia’s Misdemeanor Appellate Court has confirmed an earlier ruling against eight Youth Initiative for Human Rights (YIHR) activists for “disturbing public peace” during an event in Beska in January 2017, which featured a convicted war criminal, writes Tanja Dramac Jiries, a Program Officer for Europe at the National Endowment for Democracy.

YIHR activists peacefully protested the event, organized by the ruling Serbian Progressive Party (SNS), by whistling and holding a banner that stated: “May War Criminals Fall Silent and Victims Speak Out.” But the event supporters attacked the YIHR activists for interrupting a speech by former Yugoslav People’s Army Colonel Veselin Šljivančanin, convicted by the International Criminal Tribunal for Former Yugoslavia in The Hague for his role in the Vukovar massacre. YIHR activists were violently beaten, with two suffering critical head injuries.

Following the attack, the SNS party leadership, the Mayor of the Municipality, and the Minister of Interior continued to admonish the YIHR publically, declaring them responsible for instigating the attack and denying the YIHR’s account of the incident. The government’s reaction is symptomatic of a broader trend of resurgent nationalism in the Balkans, which is met by worrying inconstancy and neglect from the West.

The first-instance verdict fined eight YIHR members 420 euros each. The appellate court also confirmed the segment of the earlier verdict which deems the fact that the activists were physically assaulted irrelevant for the ruling.

The activists will make a constitutional appeal for the breaches against their rights to freedom to fair trial and freedom of speech, and will address the European Court of Human Rights in Strasbourg if necessary.