The death of democracy is trumpeted today as loudly as the end of history once was, notes FT analyst Philip Stephens. But while democracies have their problems, it is a mistake is to imagine autocrats are somehow exempt from stresses and strains. Glance beyond the propaganda and it is evident despots have their own problems, he writes:

Take Mr Putin. He should be at the top of his game. The Russian leader has secured a fourth presidential term. The Kremlin says he won 75 per cent of the ballots. His regime is built on billions siphoned off from the state. Opponents are tossed into jail or worse; oligarchs prosper or otherwise at the president’s pleasure. … Except things are not quite as they seem. Mr Putin’s inauguration in the gilded splendour of the Kremlin Palace had a certain hollowness. Where were the cheering crowds on the streets? Instead there are angry protests against a dismal economic record and growing societal ills. Even with an $80-a-barrel oil price, the trajectory is one of decline. 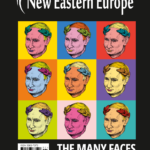 Which may explain why Putin is now casting around for an exit strategy, Stephens adds.

The historian Richard Pipes maintained that Russia had a patrimonial tradition that prevented it from embracing democracy, Jacob Heilbrunn writes for the National Interest.

But Pipes (above) also argued that in the absence of ‘strong lateral ties’ and an ‘explicit mandate of its citizens’, even the most ‘enduring’ authoritarian regime can collapse in a matter of days, James Sherr writes for Policy Exchange:

Russia’s legacy of autocratic rule not only influences the political system that is now synonymous with Vladimir Putin. It has become part of that system’s legitimacy. To the centuries old pillars of bureaucracy, police and army (reinforced once again by the Orthodox Church), Putin has added business – but business fused with power on a neo-patrimonial basis. Will this fusion prove to be a vindication of Pipes’s analysis or its refutation?