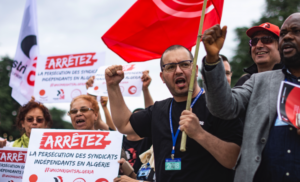 “In a new study, we systematically examine how citizens have sought to promote democracy in about 150 countries. Here’s what we find: Industrial workers have been key agents of democratization and, if anything, are even more important than the urban middle classes. When industrial workers mobilize mass opposition against a dictatorship, democratization is very likely to follow,” they write for the Washington Post’s Monkey Cage blog:

Democratization is much more likely to follow mass protest movements that are dominated by the urban middle classes — and even more so when industrial workers are protesting. These groups often combine a strong preference for democracy (especially in urbanized societies) with the capacity to push through democratizing changes. 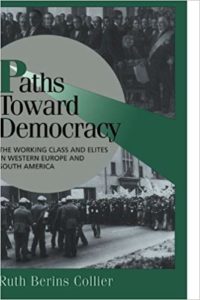 Industrial workers, in particular, can use unions, international labor networks and social democratic parties to coordinate powerful challenges against dictatorial regimes. Here, we agree with influential, in-depth studies of specific European and Latin American countries, which highlight the historical role of labor movements in pushing for universal suffrage and competitive multiparty elections.

The findings echo the claims of other research – such as Ruth Collier’s Paths toward Democracy: The Working Class and Elites in Western Europe and South America – that analysts of democratic transitions have unduly emphasized elite-driven democratization, including the role of civil society groups.

A startling wave of large-scale citizen protests has washed over the political life of every region of the world, Carnegie’s Richard Youngs observes. As mass mobilization has become a pivotal aspect of global political struggle, After Protest: Pathways Beyond Mass Mobilization examines what happens when protests abate, addressing three specific elements across ten countries: how to categorize activists’ preferred pathways beyond protest, why activists choose these pathways, and how to understand the different outcomes.

Spanning four regions, countries including Armenia, Egypt, Ethiopia, Romania, Thailand, Taiwan, Turkey, Ukraine, and Zimbabwe, and a timespan from 2013 to 2019, the analysis highlights a number of specificities unique to each country, but certain general trends transcend the nine cases,** notes Youssef Cherif, the deputy director of Columbia Global Centers, Tunis, and a member of Carnegie’s Civic Research Network:

Pathways After Protests: The Case of Brazil