In 2010 Cuba’s Castro regime began releasing journalists and human rights activists, most of whom it had imprisoned seven years earlier during the Black Spring crackdown on political dissent, notes Oscar Biscet (above), a physician and human-rights advocate. Upon release, most of the prisoners were exiled to Spain. But I refused to accept exile as the price of freedom. My refusal cost me another year in prison, but has since allowed me to witness courage and hope take root in a nation long mired in fear and despair, he writes for The Wall Street Journal:

In Cuba, there is no freedom of speech or assembly. Those who dare to speak out against the government’s abuses risk detention and worse. That is why it was so inspiring to see the antigovernment protests that erupted spontaneously this summer throughout Cuba. Tens of thousands of my countrymen in more than 60 cities and towns participated. Most weren’t human rights advocates or democracy activists. They were ordinary Cubans: men and women; white, black and mestizo; young and old; rural and urban. 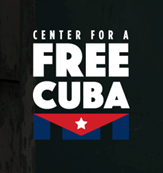 Many of the individuals who led the protests are now in prison, says John Suarez, executive director at the Center for a Free Cuba. Despite that, he remains hopeful for Cuba’s future, he tells The Daily Signal:

“[T]here’s a profound desire by Cubans for change,” Suarez says, adding that what is needed now “is international solidarity, not just in the United States, but from the democratic world more broadly.”  Suarez joins “The Daily Signal Podcast” to discuss the strength of the pro-democracy movement in Cuba and how America can play a role in moving the Caribbean island nation toward freedom.

Cuba’s government blocks access to several news websites and recently passed a measure making it a crime to post content that is critical of the Cuban state on social media, The Times adds:

But the authorities have not yet taken action to censor or block access to the more than 220 podcasts that are produced in Cuba or cater largely to Cuban audiences, said Carlos Lugones, the founder of Cuba Pod, a platform that promotes and catalogs Cuban podcasts. (The country’s state-run telecommunications company did not respond to a request for comment about censoring text messages.)

“There has been exponential growth, and I predict it will continue to multiply,” said Yoani Sánchez, a Cuban journalist who records a daily news podcast plugging stories from her independent news portal, 14yMedio. “Cubans by and large are devoted radio listeners, and for that reason they have the potential to become devoted listeners to podcasts.”

Put simply, the protests are a manifestation of the Cuban people’s resolve to end the 62-year-old communist dictatorship, Biscet adds. According to one study, 74% of the protests were primarily related to political and civil rights, while the remaining 26% had to do with the economy.

Cuban democracy advocate Rosa María Payá Acevedo is raising concern about the condition of fellow dissident Felix Navarro (see below). She will speak at the National Endowment for Democracy’s Carl Gershman Democracy Symposium on a panel discussing The Fight for a Democratic Future, alongside NED President & CEO Damon Wilson, and fellow activists Igor Blaževič, Zainab Bangura, and Nathan Law.

🚨Félix is dying on his 28th day of a hunger strike demanding freedom. Félix was arbitrarily detained by the authorities of the dictatorship who kept him in prison unjustly and without trial#LopezCalleja, @DiazCanelB & Castro are his murders
IT IS TIME TO ACT#FreeFelix #SOSCuba https://t.co/bAS2N8x3Oj