The Algerian government has begun investigating the funding of media organizations and news sources that it claims are using foreign funding to promote anti-government and anti-reform content. The authorities have blocked two outlets, Maghreb Emergent and Radio M Post, which it says receive illegal foreign funding from Morocco, POMED reports: 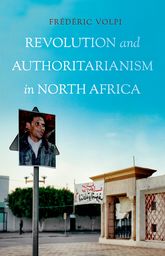 Algeria’s Hirak (movement), which gathered millions of protesters in weekly demonstrations against the regime throughout 2019, underscores the strengths and weaknesses of both leaderless protests and electoral authoritarianism, argues analyst Frédéric Volpi, chair in Middle Eastern and Islamic Studies at the University of Edinburgh and author of Revolution and Authoritarianism in North Africa (2017).

Leaderless grassroots movements are effective in disrupting the pseudodemocratic tools that authoritarian elites use to remain in power, but they are less efficient at proposing institutional alternatives. The deeply flawed Algerian elections of December 2019 illustrated how a military-backed regime could ensure continuity in the ruling elite, at a cost to its legitimacy. The Hirak highlights the democratic evolution of societies in the Arab Muslim world and the slow but not yet decisive weakening of electoral authoritarianism, he writes for the Journal of Democracy:

A leaderless movement can be effective in disrupting pseudodemocratic instruments of state control, but it tends to be an unwieldy instrument for pushing forward systemic political reform. Without appropriate instruments for advancing its demands on the political front, the protest movement is likely to be outmaneuvered by regime insiders—unless the latter capitulate or descend into infighting. Electoral authoritarians face their own set of tradeoffs: The more the public perceives elections to be meaningless, the less effective pseudodemocratic institutions are as a tool of governance. Authoritarian regimes can mitigate this problem to a certain extent through “reforms” and episodic internal “purges,” but these are only partial solutions. RTWT

“Algeria now embodies a form of authoritarian governance without a recognizable authoritarian leader,” Volpi adds for the Middle East Institute:

Crucially, the main post-electoral challenge for both the regime and the opposition will be to find a suitable political leader or coalition with credible popular appeal—a role that former FLN leader Ali Benflis, the main challenger in the April 2014 election, does not play convincingly. Only such a new political elite will be able to tackle both the need for democratization of the regime and for good governance in the country. Unfortunately, at this point in time, this quest remains elusive.

The Journal of Democracy is produced by the National Endowment for Democracy’s International Forum for Democratic Studies and published by Johns Hopkins University Press,