In his recent book The Jungle Grows Back, American historian and journalist Robert Kagan asks readers to confront the possibility that this retreat isn’t a temporary slippage but rather that in the arc of history it is democracy itself that is an aberration, notes Michael Petrou. “All this has been an anomaly in the history of human existence,” he writes of post-1945 relative peace and prosperity. “The liberal world order is fragile and impermanent. Like a garden, it is ever under siege from the natural forces of history, the jungle whose vines and weeds constantly threaten to overwhelm it.”

This matters to Canada more than most countries. Our security, our trading prosperity, the values that are baked into our politics, all depend on the success and the fortitude of the liberal international order. And that order in turn depends on the strength of global democracy in the face of the movements and political trends that oppose it, from resurgent nationalism to populism to dictatorship — and sometimes an amalgamation of all these and other illiberal ideologies, he writes for the Centre for International Governance Innovation:

A Canadian foreign policy that champions “the values of inclusive and accountable governance, including by promoting human rights, women’s empowerment and gender equality, and respect for diversity and inclusion,” as Trudeau’s mandate letter dictates, or that promotes a “feminist approach to development,” as does the mandate letter to Minister of International Development Karina Gould, must therefore build on a strategy of expanding and strengthening democracy abroad. RTWT 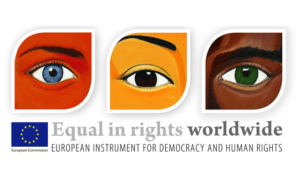 The European Commission has launched a call for proposals through its European Instrument for Democracy and Human Rights, which is designed to support civil society to become an effective force for political reform and defense of human rights. This call has 3 main lots: (1) business and human rights, (2) fight against torture and other ill-treatment, and (3) democratic accountability.

Organizations from the countries in the Black Sea Region and neighboring areas, mainly Armenia, Azerbaijan, Belarus, Georgia, Republic of Moldova, Ukraine, and Turkey can apply under the second lot: 2. Fight against torture and other ill-treatment. The specific objective lot 2 is to provide support to civil society projects by contributing to the  prohibition and prevention of torture, ensuring accountability for torture and other ill treatment outside the EU, in particular by supporting civil society in the implementation of existing legislation, court rulings, regional statutes, and other forms of regulations on torture and other cruel, inhuman or degrading treatment or punishment. RTWT