While digital transformation has enriched societal discourse, it has also led to an increase of “misinformation, echo chambers and targeted propaganda” and provided authoritarian states with new means of surveillance and control, notes Deutsche Bank research analyst Kevin Koerner.

In the above video, based on a recent Deutsche Bank Research study, he explains how democracies can address both the opportunities and threats posed by digital transformation. While internet users enjoy ‘free’ services in the data economy, underlying business models raise concerns about the concentration of influence and wealth, privacy, data ownership and targeted manipulation. Click here to read the full report.

Facebook has set out extra measures for fighting the spread of disinformation at the next UK election, the BBC reports (HT: FDD). Facebook revealed, Foreign Policy adds, that it had uncovered and removed four state-backed disinformation campaigns—three from Iran and one from Russia.

In his recently published book, Information Wars: How We Lost the Global Battle Against Disinformation and What We Can Do About It, Richard Stengel documents the strategy that Russia employed to cover up their role in the downing of MH17 over eastern Ukraine and their disinformation playbook, which relies heavily on weaponizing grievances, re-writing history, and pushing alternative narratives to cause doubt, analyst Cindy Otis writes for Cipher Brief. 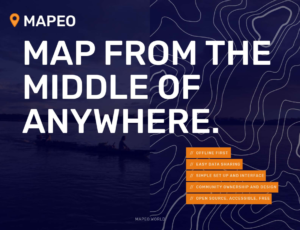 Digital Democracy turned 10 this year, marking a decade of work in solidarity with frontline communities, focusing at the intersections of technology, human rights & environmental justice, writes Emily Jacobi. In this time our work has evolved, our partnerships have grown, and perhaps more than anything, we’ve learned a great deal, she adds, introducing the new publication, Technology Solidarity. This fall, we’re taking a moment to explore some of what we’ve learned, in conversation with partners, allies, and others working at the intersection of technology and social justice, such as Color Coded, Amazon Frontlines, Alianza Ceibo, Data & Society, and more.