If you want to understand what’s happening in the National Basketball Association, turn off SportsCenter and pick up “The Art of War,” argues Ben Sasse, a Republican, who represents Nebraska in the U.S. Senate. More than 2,000 years ago, the Chinese general Sun Tzu wrote that “the skillful strategist defeats the enemy without doing battle, captures the city without laying siege, overthrows the enemy state without protracted war.” That’s how the NBA lost its recent battle with China, and it’s how China has been beating Americans the past few years, he writes for The Washington Post: 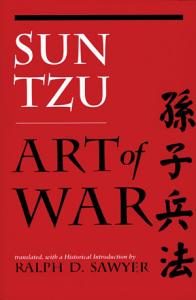 U.S. businesses must step up to the plate and aggressively confront China’s intimidation campaign. And if they don’t have the courage and integrity to fight back, American consumers should demand that our companies put basic human rights above profit margins. The U.S. government has a role to play, too; Washington needs to stem the rising tide of Chinese intellectual property theft and cyberattacks so that we can empower American businesses to take a tougher stand. If free and open societies don’t wake up to this geopolitical reality, we’re going to be encircled before there’s time to fight back.

Rather than what one observer calls an “impotent and cowardly” approach to “authoritarian figures”, the U.S. should stand up for democratic values, he suggests.

“Sun Tzu’s ancient maxims don’t command our destiny,” adds Sasse, an honorary board member of the National Endowment for Democracy. “We’re not going down without a fight. We ought to have the courage of our convictions and confidence in our own ingenuity.”

According to Jude Blanchette, Freeman Chair in China Studies at the Center for Strategic and International Studies, “While there were undoubtedly many Chinese who were genuinely outraged by Morey’s single tweet, the idea of a monolithic block of 1.4 billion Chinese citizens is a product of C.C.P.-controlled media rather than a reflection of reality.” “For companies looking to do business with or in China, staying ‘apolitical’ is becoming increasingly unsustainable,” he told the Times.

At the height of the [NBA] controversy, a senior news director at ESPN mandated that the network’s coverage “avoid any political discussions about China and Hong Kong,” according to Deadspin’s summary of a leaked memo — a shocking directive for the biggest political sports story of 2019, notes Isaac Stone Fish, a senior fellow at the Asia Society’s Center on U.S.-China Relations.

ESPN even broadcast a map that included Taiwan as part of China and a dotted line to represent China’s disputed claims in the South China Sea. “I’ve literally never seen that map outside of China,” tweeted Julian Ku, an expert on Chinese law. It was the most telling illustration yet of a major problem in U.S.-China relations, he writes for the Washington Post:

Beijing doesn’t just want foreign companies to advance its economic interests. It wants them to advance its political ones, too. In subtle and sophisticated ways, Beijing convinces, cajoles and cudgels American companies to promote the values of the ruling Chinese Communist Party, parrot the party’s views and enshrine self-censorship about China in their corporate cultures. When it’s successful, as with ESPN, the company advances Chinese propaganda.

Chinese Chairman Xi Jinping calls this “discourse power” — the ability to shape the narrative and “tell China’s story well,” adds Fish, a visiting fellow at the German Marshall Fund. And foreign companies and their employees are excellent proxies for evangelizing China’s position. In other words, while the United States excels in soft power, China wins in what we could call proxy power.

Amid this new world order, the expectation that American music, movies and entertainment will coax China closer toward the liberal values of its Western rival — or at least build good will, as it did in the Soviet Union — has dimmed, the New York Times reports:

During the Cold War’s ideological struggle between capitalism and communism, the American government used soft power to try to win hearts and minds....It is much less a part of deliberate foreign policy now, in the era of globalization, but American popular culture still penetrates most parts of the world.  ……In case after case in recent years, American executives have yielded to Chinese demands to tailor their words and products, as Hollywood studios now regularly do, or to apologize, even for unintentional slights. The reward is continued access to Chinese customers; the price may be the erosion of American credibility as a beacon of free speech.

“For all of Xi’s rhetoric about preserving globalization and open commerce, shoring up domestic nationalism is the focus of Xi’s international strategy,” argues Jessica Chen Weiss, a professor of government at Cornell University. “The Chinese government under Xi has become much more willing to use the power of the Chinese market to force foreign corporations and the entertainment industry to toe the Party’s line on nationalist issues.”

Xi is the most ideological Chinese leader since Mao Zedong, placing the Communist Party, and himself as its head, at the center of governance and power while sidelining all his rivals, notes Richard McGregor, a senior fellow at the Lowy Institute in Sydney, and the author of “Xi Jinping: The Backlash” and “The Party: The Secret World of China’s Communist Rulers.” He leads a country that, while opportunistic, is following a deliberative strategy to acquire greater wealth and reach technological parity with the West, he writes for the Post.

Analysts see it getting tougher still for companies that want to do business in both democracies and nondemocracies, note researchers Jason Miklian, John E. Katsos and Benedicte Bull. Nearly all multinational companies have built their global brand around moral agency: They want consumers to believe the company does the right thing at every stage of its business and in every place it does business, they write for the Washington Post:

Very different businesses such as Apple, Vans, Tiffany, Activision and the NBA don’t only sell products, but also an ideal of who the customers will become by enjoying their products….Companies could potentially fill the gaps where governments could not, spreading human rights as they entered new markets. For example, by going into China, the NBA might not just entertain Chinese citizens, but also give them a glimpse of the benefits of democracy and civil liberties. [But] ..our research has shown, time and again, how companies fail to live up to these lofty expectations. 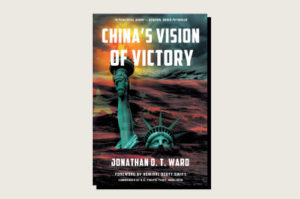 Jonathan D.T. Ward’s China’s Vision of Victory is a useful antidote to the popular delusion that Chinese leaders seek nothing more than to roll back U.S. hegemony in the Western Pacific—or that they will be sated by becoming the dominant East Asian power, notes Tanner Greer, a Taiwan-based writer and strategist. Despite presenting modest and peaceful ambitions to foreigners, the Chinese Communist Party leadership transparently communicates its desire for primacy to internal audiences [and] Ward shows just how wide-ranging these ambitions are. Yet there is a blind spot in Ward’s analysis, he writes for Foreign Policy:

It dodges a deciding source of tension in the Sino-American relationship. Communist Party leaders believe they are locked in what Chinese President Xi Jinping has called “fierce competition … in the ideological sphere” with the West. They assert that this ideological competition threatens the existence of their party and imperils the road to national rejuvenation. They describe historians, researchers, dissidents, and Chinese-language media outlets in countries like Australia, Germany, and the United States as dangers equal to anything U.S. Indo-Pacific Command can throw at them. This is the root motivation behind what are now being called “interference” and “influence” operations in Western countries.

The term “United Front” (the party’s favored moniker for institutions that co-opt or turn people to serve the party’s objectives) does not appear in China’s Vision of Victory, Greer adds. Framing Beijing’s influence operations purely in geopolitical terms misstates the challenge they pose.

As China’s influence rises in South Asia, some officials in Nepal have voiced concerns about whether dealing with Mr. Xi will mean losing sovereignty…Among the more sensitive issues on the table between Mr. Xi and Prime Minister K.P. Sharma Oli, leader of the Nepal Communist Party, is the signing of an extradition treaty that could allow China to remove Tibetan refugees from Nepal, the Times reports:

In Nepal, monetary concerns have collided with ideological ones. Last month, Mr. Oli, his party and a 50-member delegation from the Communist Party of China hosted a two-day symposium on “Xi Jinping Thought,” the political theory undergirding China’s communist government. The event drew ire from Nepal’s opposition leaders, who saw the exercise as a troubling way for a democracy to curry favor with China. “Our constitutional and political provisions are based on democracy, pluralism, federalism, an open society and parliamentary democracy, all of which are missing in the Chinese system,” said Bimalendra Nidhi, the vice president of the Nepali Congress party.

“The Chinese are offering huge economic incentives during this visit, but they are injecting their own interests, too,” said Mrigendra Bahadur Karki, who heads the Centre for Nepal and Asian Studies at Tribhuvan University in Kathmandu. “Xi is coming to Nepal to take it under China’s grip.”

“There is a rising skepticism about Chinese ability to deliver on key projects, as well as concerns about credit terms and debt sustainability,” said Constantino Xavier, a foreign policy fellow at Brookings India in New Delhi, “China is seeking to find a sweet spot: to increase its influence in Nepal without upsetting India’s security concerns in what used to be its predominant sphere of influence.”

“If people act in ways that China wants because they are attracted by its economy or performance or culture, that is soft power,” said Harvard professor Joseph Nye. “If China makes access to its market dependent on our changing our behavior, that is coercive hard power.” 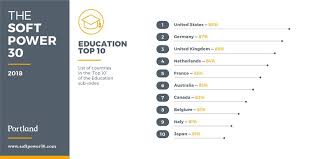 Jonathan McClory, the general manager for Asia for Portland Communications and the editor of an annual survey on soft power published with the University of Southern California, said China’s aggressive responses to perceived slights were “not a good look.”

“This reaction will have a negative impact on how people perceive China, not just in the United States, but around the world,” he told the Times.

ABC’s Four Corners presents a major investigation into the infiltration of Australia’s universities by the Chinese Communist Party (video above). Australia’s universities earn billions of dollars a year from student fees and research collaborations with China, but there are growing fears these lucrative arrangements may be putting our academic independence, human rights commitments and even our national security at risk. In a joint investigation, Four Corners and Background Briefing detail how Australian technology and know-how is being used to help strengthen China’s repressive regime.