Russia’s authorities are likely to use the FIFA World Cup to target journalists with their classic disinformation, notes StopFake. Based on almost three years of weekly reporting and analysis of the pro-Kremlin disinformation campaign, researchers have identified five different kinds of problematic messages, which Russian authorities and the media they control are likely to try to spread ….RTWT

The requirements of cybersecurity and democracy need not need be mutually exclusive, and the internet can enhance democratic institutions, notes analyst David M. Howard. But for democracy to survive, cybersecurity efforts must support its sustaining values, particularly free speech and informed voting. RTWT 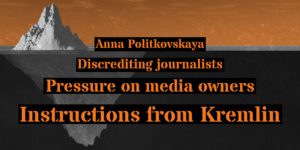 What is alarming about Silicon Valley is not the abuse of power, but the power vacuum the Web has helped create, notes analyst Edward Tenner. The ‘Frightful Five’ social media giants have introduced something new, in two ways, he writes for the Hedgehog Review:

An upcoming event on Strategic Technologies and Their Global Implications hosted by the IISS Cyber, Space and Future Conflict Program will identify key technological advancements that are in the research and development phase and accurately forecast timetables for their effective introduction into political, military, diplomatic, and intelligence activities.

Moreover, it will assess the strategic implications of those innovations for the international balance of power between offense and defense as well as developed and underdeveloped nations. Particular attention will be paid to the question of whether these new technologies will exacerbate the ‘digital divide’ and create an even greater security disparity, or if they will have a leveling influence and enhance equality and stability among nations.