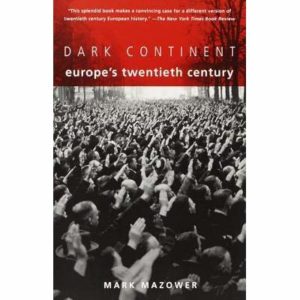 Modern Europe’s political structure is based on the supposition that capitalism and democracy can be compatible – so the most urgent challenge of our times is reconciling the two, argues Mark Mazower, director of the Columbia Institute for Ideas and Imagination in Paris, and author of “Dark Continent: Europe’s Twentieth Century”.

It is striking that the single most urgent challenge facing Europeans today is the same conundrum that has faced them for the entire preceding century: how to reconcile capitalism and democracy, he writes for The New Statesman.

“While the existence of Soviet communism raised the stakes in European democracies,” he adds, “when Europeans waved goodbye to parliamentary democracy between the wars they were mostly heading right not left. …….By 1940, the only democracies left in Europe were in the UK, Switzerland, Sweden, Ireland and Finland.”

Given all this, the year 1945 represented an almost miraculous rebirth of democracy. It was also the moment for a serious rethink about the compatibility of democracy and capitalism, Mazower observes:

Democracy returned through parliamentary politics, multiparty systems manifested a new degree of ideological convergence of right and left, and the language of freedom and human rights was extolled through organisations such as the Council of Europe. At the same time, postwar west European democracy gained new legitimacy through a vastly expanded range of social and economic state provisions……

Today, the changing relationship between capitalism and democracy in Europe is linked to the continent’s altered position in the world. It is not merely that its demographic mass has shrunk (the combined populations of Europe and North America represented 30 per cent of the world’s population in 1900 and barely half that today), it is also that a continent that dominated world affairs in 1900 through its economic and military strength is incapable of doing so now.

For those who believe that capitalism is necessary to ensure the economic growth and separation of economic and political power that healthy democracy requires, the growth of voices that lack a commitment to one or the other or do not believe they can be reconciled should be worrying, argues Sheri Berman, a contributor to the National Endowment for Democracy’s Journal of Democracy, whose latest book is Democracy and Dictatorship in Europe: From the Ancien Régime to the Present Day (2019).

But if capitalism and democracy are such uneasy bedfellows, what explains their long co-existence in the rich world? The Economist asks.

In their recent book, “Democracy and Prosperity”, Torben Iversen of Harvard University and David Soskice of the London School of Economics argue that in advanced economies democracy and capitalism tend to reinforce each other, potentially mutually supporting, with three stabilizing pillars that enhance democratic resilience.

Globalisation is undermining social equality not enhancing it, and if the EU is to live up to its democratic promise it will require a more decisive turn away from monetary stability and budgetary orthodoxy towards a politics of social solidarity, he adds. The struggle to reconcile capitalism and democracy goes on. RTWT