How should Western liberal democracies confront a China that is taking a page from their own playbook, as it exploits their openness to advance its ideological and geopolitical objectives? asks Minxin Pei, a professor of government at Claremont McKenna College and the author of China’s Crony Capitalism.

“Western institutions benefit from unparalleled resilience, thanks to the liberal-democratic values that underpin them. They cannot be easily subverted by an authoritarian regime, no matter how many cultural exchanges or language institutes it builds,” he writes for Project Syndicate.

“In fact, what is most notable about China’s efforts to spread its influence abroad is not their success, but the ease with which they are exposed. Portraying them as a genuine threat to the world’s democracies not only betrays the West’s own insecurity, but also gives China more credit than it deserves,” Pei contends.

In his 10,000-word essay decrying China’s increasing authoritarianism, Xu Zhangrun studiously avoided mentioning President Xi Jinping by name. But his readers — and China’s censors — did not need it spelled out for them, analyst Kenji Kawase writes for the Nikkei Asian Review.

“After 40 years of reform and opening up, I never thought I would witness the re-emergence of a cult of personality of our leader in the divine land of China,” wrote Xu, a law professor at Beijing’s prestigious Tsinghua University. The essay, “Imminent Fears, Immediate Hopes,” caused a stir in China, despite authorities’ attempts to scrub it from the Chinese web.

China’s reform and opening up was “a calculated move for the regime’s own survival [that] greatly strengthened the state power in ways that Chairman Mao and Deng Xiaoping never dreamed of,” according to Renee Xia, international director at the Network of Chinese Human Rights Defenders.

China today poses the greatest threat to democracy in the world, said Carl Gershman, President of the National Endowment for Democracy.

“Its growing power and bellicose behavior have surprised most political leaders and policy specialists in the West, who have assumed that economic growth and integration into the global economy would promote China’s liberalization, as happened in South Korea and Taiwan,” he added. “In fact, though, China’s growth has reinforced the Beijing regime’s belief in the legitimacy and superiority of its own state-driven economic model.  And the wealth it has amassed as a result of the growth has enabled it to play a much more assertive role internationally.”

Few governments work harder to eliminate criticism of their human rights record at the United Nations than China. And China’s efforts may well make it easier for other abusive actors to escape scrutiny. Other governments – and the U.N. system itself – should push back against these encroachments, notes Sophie Richardson, China Director for Human Rights Watch.

In March, China introduced a resolution at the U.N. Human Rights Council, entitled “Promoting the International Human Rights Cause through Win-Win Cooperation.” The title might sound innocuous, but the resolution gutted procedures to hold countries accountable for human rights violations, suggesting “dialogue” instead, she writes:

If the ideas proposed in China’s resolution, which only the United States voted against, become actual operating principles for the Human Rights Council, victims of state-sponsored abuses worldwide — including in Myanmar, South Sudan, Syria and Yemen — will face almost impossible odds in holding abusive governments accountable. 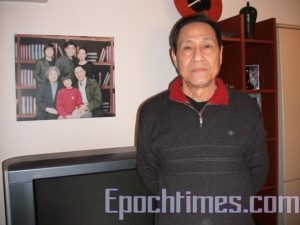 Gershman’s comments came as he presented the Citizen Power Award of the Thirteenth Interethnic Interfaith Leadership Conference to Bao Tong (left), an important reformer from the 1980s, the reform period of Hu Yaobang and the early Deng Xiaoping:

He was the Director of the Office of Political Reform of the Communist Party’s Central Committee and Policy Secretary of Zhao Ziyang, the Premier from 1980-87 and the party General Secretary from 1987-89. He was also the Director of the Drafting Committee for the 13th Party Congress, which launched the market reform opening under Deng Xiaoping. But real political reform was blocked by the Communist Party and Bao Tong was arrested just before the Tiananmen massacre on June 4, 1989. ….

He was also a signatory of Charter 08 and called for the release from prison of the Charter’s main author, the Nobel Laureate Liu Xiaobo. Today he continues to write articles and speak critically of the government and its policies, including calling for political reform in China and real democracy in Hong Kong, as promised by the 1997 Sino-British Joint Declaration that promised “One Country, two systems.”

Ideology remains at the heart of Xi’s authoritarian rule, says a leading expert. Messages about where the country is heading (to great nation status by 2021), how it will get there (state enterprises in a hybrid market economy) and why it is doing this (to have a powerful country never again victimized by the outside world) are rammed home, notes Kerry Brown, Professor of Chinese Studies and Director of the Lau China Institute at King’s College London. 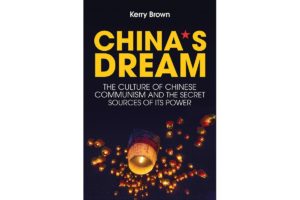 Is Xi’s power for real? Can he really enforce positive change? Will the country avoid political reform? asks Brown, author of China’s Dream: The Culture of Chinese Communism and the Secret Sources of its Power:

These questions are no easier to answer than they ever were. What we do see, though, are clear signs of a country whose leadership lacks both imagination and any real ability to make fundamental political and social changes that might impact its desire for total control. This year will probably be remembered — in China at least — as the year that the hard times began.

Aiding democracy is especially important in dealing with the protection of the rights of minorities in China, said the NED’s Gershman:

Lodi Gyari hoped that it would be possible to negotiate an agreement with China based on the Dalai Lama’s Middle Way Approach, which seeks genuine autonomy for the Tibetan people within the framework of the existing Chinese state and constitution.  He continued to believe that Tibet is “in every sense an occupied nation, brutally occupied.”  But he became persuaded that the Dalai Lama’s vision of autonomy offered a nonviolent way to preserve the Tibetan people’s religion, culture, language, and identity.  He was influenced by exploratory talks he held in China in the 1980s during the period of reform under Deng Xiaoping and Hu Yaobang.  But the fate of Bao Tong shows why the negotiations ultimately failed. RTWT

The Strauss Center recently welcomed Aaron Friedberg, Professor of Politics and International Affairs at Princeton University, for a talk (above) on “China’s Authoritarian Challenge.” 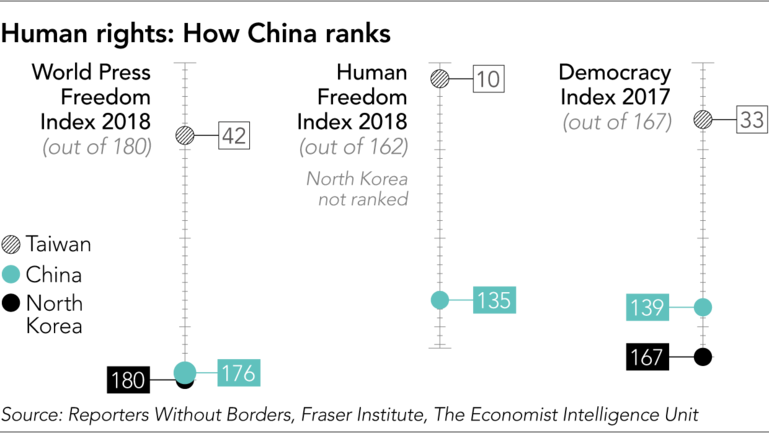