As the COVID-19 pandemic escalates, China has shifted its propaganda machine into high gear, in an effort to change the narrative about the virus’s origins and the Chinese response. But when this crisis is finally over, people will remember what China’s leaders did, not what they said, notes Minxin Pei, Professor of Government at Claremont McKenna College.*

If Chinese leaders hope to use the COVID-19 pandemic to build and project soft power, they are likely to be sorely disappointed. For starters, the world is nowhere near ready to forget the role that its initial cover-up played in allowing the virus to spread, he writes for Project Syndicate: 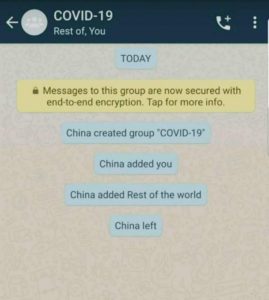 The prevailing view outside China today is that, had the country’s leaders taken decisive action immediately and transparently, the current pandemic may have been avoided. The CPC can challenge that narrative all it wants, but it cannot force international media to do the same. Chinese propaganda has never gotten much purchase in the free marketplace of ideas; indeed, most of the CPC’s previous attempts to influence international public opinion have fallen flat.

ProPublica analyzed thousands of fake and hijacked Twitter accounts to understand how covert Chinese propaganda spreads around the globe. Jeff Kao and Mia Shuang Li detail How China Built a Twitter Propaganda Machine Then Let It Loose on Coronavirus.

China exerts its malign influence for political and economic gain around the world, often at the expense of democratic institutions. argues Dave Shullman (above), a Senior Advisor at the International Republican Institute.

Article after article in the Western press has touted the superiority of China’s response to the West’s, using its draconian lockdown after the Wuhan outbreak to suggest that liberal democracies simply aren’t up to the harsh tasks of preventing disease spread. It’s a message that Chinese government propaganda has been only too happy to echo, Vox’s Zack Beauchamp writes, debunking The myth of authoritarian coronavirus supremacy.

“The challenge here is seeing so many people saying authoritarianism works in these cases, when it’s so clearly not authoritarianism that makes a difference. And that’s actually a dangerous argument to make,” says Sofia Fenner, a political scientist at Bryn Mawr who has studied authoritarian-versus-democratic responses to the crisis.

It’s more a question of state capacity than regime type, she suggests.

“The best outcomes so far come from higher-capacity states, regardless of regime type,” Fenner writes on the international relations blog Duck of Minerva. “Many of the high-capacity East Asian cases also benefited from recent experience dealing with SARS and H1N1; they have had opportunities to develop state capacities specifically suited to this kind of crisis.”

When this crisis ends, China will have made major gains over the West in geopolitical influence, unless the West responds quickly to clear up the misinformation coming out of Beijing, analyst Frida Ghitis writes for World Politics Review. China’s claim that it did an admirable job tackling the coronavirus, while democracies are not equipped to dealing with it, is simply a lie. The epidemic spread precisely because Beijing responded to it like an authoritarian regime. No amount of Chinese aid to countries now suffering from the pandemic should obscure this fact.

Analyses of China’s rise and future were important before the global pandemic—now, even more so, The American Interest observes. 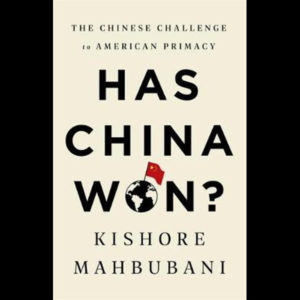 There are some rather large questions about that, notes Sulmaan Wasif Khan, who holds the Denison Chair in History and Diplomacy at Tufts University’s Fletcher School. It’s always hard to tell what a country wants; China, with its malls and Hello-Kitty-obsessed youth, might well choose boring old consumerism. And whatever else Xi Jinping might be, he is decidedly not restrained or non-interventionist, he writes in The American Interest, citing Mahbubani’s “many misleading statements” in the book,

Julia Lovell’s portrayal of Xi in Maoism: A Global History feels a little too pat, he adds:

Xi is authoritarian, certainly, but barring his insistence on party control, there’s very little of Mao when you scratch the surface. No peasant mobilization. No Cultural Revolution. An assertive foreign policy, but not one that preaches world revolution with Chinese characteristics. No flocks of foreigners coming to learn Xi Jinping Thought. Xi abolished term limits on the presidency, but you can do that as a good old-fashioned authoritarian without being Maoist (ask Vladimir Putin). 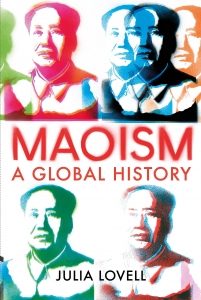 Many of China’s Asian Infrastructure Investment Bank projects are designed to challenge the US global and Japanese regional leadership roles in economic governance, notes the upcoming China country report of the Bertelsmann Transformation Index (BTI) 2020:

In a similar vein, one of the official goals of the Shanghai Cooperation Organization is to establish a “democratic, fair and rational new international political and economic order”. Other international events likewise offer convenient platforms for Chinese government officials to publicly reject US-style ‘Cold War mentality’ and ‘zero-sum thinking’ and instead promote China’s very own ‘New Security Concept’ of mutual trust, mutual benefit, equality and coordination.

In China’s Western Horizon: Beijing and the New Geopolitics of Eurasia, Daniel S. Markey, formerly of the State Department’s Policy Planning Staff and now a research professor at SAIS, details the nature and limitations of China’s influence in Eurasia, Khan adds in The American Interest. Markey’s central thesis is that the smaller countries with which China is interacting will shape the way the relationship evolves. “China’s new initiatives and ambitions are playing out against the backdrop of Eurasian realities,” he notes. “Beijing cannot run roughshod over these realities or avoid them entirely. To the contrary, China’s own interests will be shaped and implicated in regional dynamics in new, complicated ways.”

The European Values Center for Security Policy streamed an online debate about how the global pandemic is being used by the Chinese government for disinformation and geopolitical power-play. How should democratic countries react?  You can watch the full debate (below) on YouTube.