Russia isn’t the only authoritarian regime to deploy disinformation as a tool to undermine liberal democracies.

“Within the last few weeks, China has leaped into the front ranks of global media by launching its Voice of China super-network. The country’s new ‘sharp’ power approach is more about bylines than bombs,” notes Haroon K. Ullah, the Chief Strategy Officer at the Broadcasting Board of 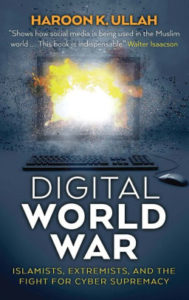 Governors, author of Digital World War and a member of the Council of Foreign Relations.

“By merging the three mammoth state-run radio/TV networks, China automatically becomes a dominant content-heavy force and gives Beijing a highly robust propaganda weapon to find new audiences around the world,” he writes for USA Today. “With over 14,000 journalists and staff employees, this Asian blitzkrieg in the information war is deployed to neutralize American influence and spread disinformation on every continent.”

In light of recent revelations regarding Chinese Communist Party (CCP) influence operations in Western democracies, it is important to shine attention on the issue of whether CCP influence operations are being deployed elsewhere, notes Amy Searight, Senior Adviser and Director of the CSIS Southeast Asia Program.

Southeast Asia is a region of high strategic significance to China where it is leveraging all instruments of national power – sometimes successfully, sometimes unsuccessfully – to wield influence, she said in testimony before the U.S.-China Economic and Security Review Commission:

Recent studies on Australia and New Zealand have demonstrated the extensive and centrally coordinated efforts through CCP-led mechanisms to influence public debates and policy outcomes in these countries. John Garnaut and Anne-Marie Brady have described these countries as “canaries in the coal mine” of Chinese political influence efforts. If countries with strong democratic institutions like Australia and New Zealand are vulnerable to Chinese influence and domestic political interference, one can imagine that countries in Southeast Asia that have weaker governance, less transparency and higher levels of corruption will be even more susceptible. RTWT

A sound diagnosis is necessary in order to devise an appropriate response to China’s sharp power, says the National Endowment for Democracy’s Christopher Walker.

Authoritarian governments are not playing by the rules governing democracies. Systematic repression is the autocratic regimes’ calling card, and the “sharp power” they generate cannot be shoehorned into the familiar and reassuring framework of “soft power.” Without more precise terminology, the world’s democracies will have little hope of countering these states’ increasingly multifaceted influence, he writes for Power 3.0., the blog of the NED’s International Forum for Democratic Studies.