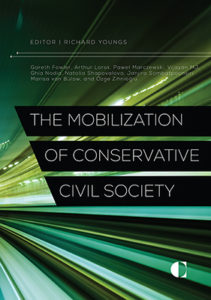 The rapid rise of Brazil’s new far-right leader Jair Bolsonaro may have surprised some observers but it did not come out of thin air. His success follows years of support from powerful social movements, notes Richard Youngs, a senior fellow in the Democracy, Conflict, and Governance Program at Carnegie Europe.

Such groups have increasingly found a voice in countries from Poland to Thailand to India – their influence coming from ordinary people rather than politicians, he writes for the BBC. Many of these conservative groups share a belief in “traditional” values – those often associated with:

As the domain of civil society burgeoned in the 1990s and early 2000s—a crucial component of the global spread of democracy—many transnational and domestic actors involved in building and supporting this expanding civil society assumed that the sector was naturally animated by organizations mobilizing for progressive causes, Youngs adds, in the preface to The Mobilization of Conservative Civil Society, a report from Carnegie Europe:

However, in the past ten years, this assumption and outlook are proving increasingly incorrect. In many countries in the developing and postcommunist worlds, as well as in long-established Western democracies, conservative forms of civic activism have been multiplying and gaining traction. In some cases, new conservative civic movements and groups are closely associated with illiberal political actors and appear to be an integral part of the well-chronicled global pushback against Western liberal democratic norms. 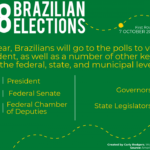 Of course, there is also much that divides conservative civil society, Youngs adds. While most groups favor democracy and work within mainstream politics, a small number are more disruptive and sometimes even violent – as is the case among groups on the left. Whatever the differences, research by Carnegie Europe shows that there are many countries where conservative civil society has had a key role in shaping domestic events:

The BBC analysis piece is based on The Mobilization of Conservative Civil Society, by Richard Youngs – a senior fellow in the Democracy, Conflict, and Governance Program at Carnegie Europe. Follow him @YoungsRichard. RTWT