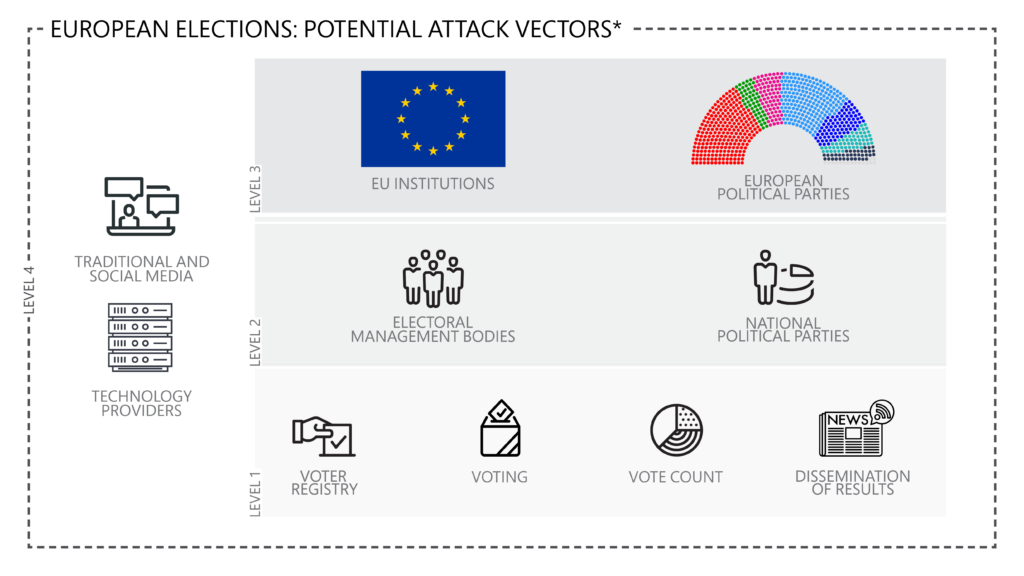 As digital threats to democracy multiply, the U.S. military blocked Internet access to an infamous Russian entity seeking to sow discord among Americans during the 2018 midterms, several U.S. officials said, a warning that the group’s operations against the United States are not cost-free, the Washington Post’s Ellen Nakashima reports:

The strike on the Internet Research Agency in St. Petersburg, a company underwritten by an oligarch close to President Vladi­mir Putin, was part of the first offensive cyber campaign against Russia designed to thwart attempts to interfere with a U.S. election, the officials said. “They basically took the IRA offline,” according to one individual. “They shut ‘em down.”

“Such an operation would be more of a pinprick that is more annoying than deterring in the long run,” said Thomas Rid, a strategic studies professor at Johns Hopkins University, who was not briefed on the details.

But some U.S. officials argued that “grand strategic deterrence” is not always the goal. “Part of our objective is to throw a little curve ball, inject a little friction, sow confusion,” said one official. “There’s value in that. We showed what’s in the realm of the possible. It’s not the old way of doing business anymore.” 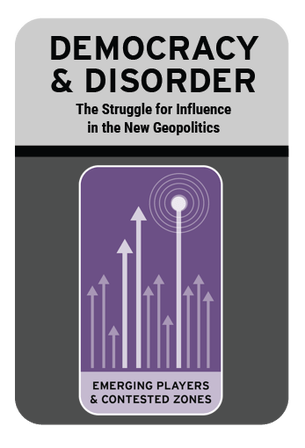 Globally, tools for digital authoritarianism implemented by Russia and China present Western states with a new set of challenges, according to the Brookings Institution’s Bruce Jones and Torrey Taussig:

Moscow continues to deploy non-conventional tools such as cyberattacks and disinformation campaigns throughout Europe and in the United States. China’s focus is primarily domestic, employing powerful digital tools to control and surveil its domestic population. But Beijing in the future may seek to export an authoritarian model, which is increasingly backed by technologies for digital censorship and monitoring.

Advancements in artificial intelligence will only make the challenges more formidable in the years ahead, they write in Democracy & Disorder: The struggle for influence in the new geopolitics:

Indeed, aspects of the artificial intelligence ecosystem are “already impacting our Western democratic ideals in a truly negative way,” argues NYU professor Amy Webb, author of the new book, The Big Nine: How the Tech Titans and Their Thinking Machines Could Warp Humanity. 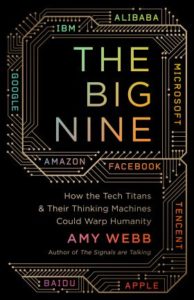 In China, Tencent, Alibaba, and Baidu are consolidating and mining massive amounts of data to fuel the government’s authoritarian ambitions, she notes. The regime’s Belt and Road Initiative “isn’t just about building roads and bridges; it’s also about building 5G networks and laying fiber, and about mining and refining data abroad,” she tells Karen Hao, the artificial intelligence reporter for MIT Technology Review.

“The deployment of these technologies is a risk to people who care about things like freedom of speech and Western democratic ideals,” Webb asserts. She recommends the formation of GAIA, a Global Alliance on Intelligence Augmentation.

“At the moment people around the world have very different attitudes and approaches when it comes to data collection and sharing, what can and should be automated, and what a future with more generally intelligent systems might look like,” Webb adds. “So I think we should create some kind of central organization that can develop global norms and standards.” RTWT

Since it was set up in 2015, the EU’s East Strategic Communication Task Force has identified at least 4,500 examples of disinformation which they attribute to the Russian Federation, Microsoft observes. Meanwhile, the German Marshall Fund’s Authoritarian Interference Tracker highlights how at least 414 incidents of Russian government interference activities have occurred since 2000.

The Harvard Kennedy School’s Cybersecurity Campaign Playbook aims to give all campaign staff “simple, actionable information” to help secure their operations, it adds.

Coda Story explains how to build a disinformation business and invites you to meet the man behind one of the Czech Republic’s most influential fake-media sites.

“Exporting Digital Authoritarianism: How Russia and China are Weaponizing New Technologies,”  by Chris Meserole and Alina Polyakova is due to be published by the Brookings Institution, February 2019.