The European Union decided on Monday to extend restrictive measures imposed against Iran to last for an additional year until April 13, 2020, due to “serious human rights violations” by the regime.

Within Iran’s own borders, the ’79 revolution is largely a spent force, according to Brian H. Hook, a former director of the State Department’s Office of Policy Planning. Mosque attendance has collapsed, with the Revolutionary Guards reporting that even during holy days the faithful stay away. Those seeking to become clerics are few in number, an astonishing condemnation by the religious working class, who traditionally have supplied most of the clerical students and been the backbone of the regime. The country’s brain drain and capital flight is constant, he writes for The Times.

Forty years after the 1979 revolution, Islamism is exhausting itself as a legitimizing force for the Islamic Republic. Studies sponsored by the Iranian government show that resentment toward the state’s religious symbols is at an all-time high, notes Mohammad Ayatollahi Tabaa, the author of “Religious Statecraft: The Politics of Islam in Iran.” 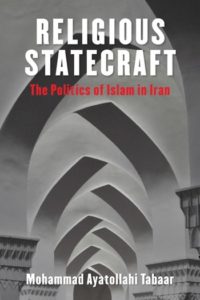 According to the Iranian parliament’s research arm, around 70 percent of Iranian women do not strictly follow the official diktats for wearing a veil. Anticlerical sentiments have turned violent. Regardless of their ties to the government, clerics are routinely attacked and stabbed in the streets by angry anti-regime individuals, he writes for The New York Times:

Iran is responding by cautiously downplaying Islamism and emphasizing nationalism and foreign threats to win over disgruntled citizens. Iran’s leaders acknowledged the societal shift away from Islamism by making unprecedented references to nationalism and showing their determination to incorporate patriotic sentiments into the state ideology during the 40th anniversary celebrations of the revolution in February.

Iran’s leaders will exploit perceived foreign hostility “to rally otherwise resentful citizens behind the regime and create a new cohesive Islamist-nationalist ideology,” Tabaar adds. “This could have a demobilizing effect on Iran’s underground but still vibrant civil society and further boost the Revolutionary Guards’ influence over foreign policy.”

Margaret Atwood is calling on Iranian authorities to release imprisoned human rights lawyer Nasrin Sotoudeh, The National Post reports. The literary giant is making the plea in advance of PEN Canada’s annual gala this week, when she will award Sotoudeh with the One Humanity award for defending women’s and children’s rights.

The global sisterhood should stand with Iranian women as they fight against the mandatory hijab, say Masih Alinejad, the author of “The Wind in My Hair: My Fight for Freedom in Modern Iran” and the founder of the #WhiteWednesdays campaign, and Roya Hakakian, co-founder of the Iran Human Rights Documentation Center and author of the memoir “Journey from the Land of No: A Girlhood Caught in Revolutionary Iran.”

We ask that American women support Iran’s most prominent human rights lawyer, Nasrin Sotoudeh, who has been sentenced to 38 years in prison and 148 lashes after defending the women who have defied the hijab laws with their peaceful acts of protest, they write for The Post.

“By itself, the hijab is a mere piece of cloth. Tyranny turns it into a symbol of oppression,” they add. “It is democracy, with its embrace of diversity, that turns hijab into an emblem of power or beauty for those who choose to wear it.”

Canada can take further action by invoking the recently passed Magnitsky Act and implement targeted sanctions – in the form of travel bans and asset freezes – against the top human-rights violators in Iran, add Ladan Boroumand, of the Omid Memorial Human Rights Library, and a Reagan-Fascell Fellow at the National Endowment for Democracy, and Irwin Cotler, who currently chairs the Raoul Wallenberg Centre for Human Rights.

Professor Misagh Parsa (above) discusses his recently published book, Democracy in Iran – Why It Failed and How It Might Succeed.