Facebook said Tuesday that it had discovered a sophisticated coordinated disinformation operation on its platform involving 32 false pages and profiles engaging in divisive messaging ahead of the U.S. midterm elections, the Washington Post reports:

The social media company that it couldn’t tie the activity to Russia, which interfered on its platform around the 2016 presidential election. But Facebook said the profiles shared a pattern of behavior with the previous Russian disinformation campaign, which was led by a group with Kremlin ties called the Internet Research Agency. 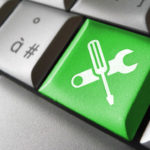 “The attribution is going to get increasingly complex, as adversaries are not going to make sloppy mistakes paying for ads in rubles in this next go-round. Also, the playbook is established, so we are seeing domestic ideologues, economically motivated actors and others come in the replicate it,” said Renee DiResta, an expert on disinformation and research director at New Knowledge, a non-profit advocacy group of technologists that focus on disinformation.

Facebook shut down more than two dozen “inauthentic” accounts and pages on Tuesday that sought to inflame social and political tensions in the United States, and said their activity was similar — and in some cases connected — to that of Russian accounts during the 2016 election, POLITICO reports.

Facebook shared eight pages with the Atlantic Council’s @DFRLab 24 hours before the takedown.

The latest revelations follow a public backlash against the expansive role of social media in American life, a trend fueled by allegations that Facebook and Twitter should have been more aggressive in preventing the Russian disinformation and taken even more forceful corrective measures afterward, the Post adds.

“People are angry with the platforms,” said Clint Watts, a former FBI agent and Foreign Policy Research Institute senior fellow who studies disinformation. “They built a system where it was too easy to manipulate.”

The National Democratic Institute is looking to test and implement new techniques and tools as part of a program to counter disinformation, improve discourse and ensure information integrity in democratic systems throughout the world. NDI is also working with nonpartisan citizen election monitors to more thoroughly assess their information environment and incorporate disinformation monitoring into their broader election observation initiatives, writes Daniel Arnaudo, NDI’s senior program manager for governance: 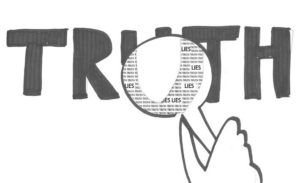 Social media and technology companies themselves play a huge role in this equation, and they are being increasingly called to account for the systems they manage. NDI, alongside partners in the democracy community, are developing a coalition to connect and push these companies to design their systems for democracy, such as through a hotline to quickly respond to online attacks on political parties, or cybersecurity training for campaigns, media and civil society organizations. 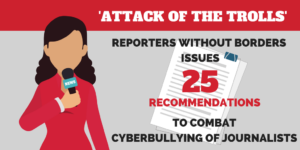 Reporters Without Borders (RSF), which launched #JournalismTrustInitiative earlier this year aiming at combatting disinformation, has published a new report called “Online Harassment of Journalists – Attack of the Trolls”, in which they present 25 recommendations directed at governments, international institutions, online platforms, media organizations and advertisers, StopFake reports. In the report, the modus operandi of the press freedom predators who orchestrate their online attacks against journalists are defined in three stages by RSF:

Rappler CEO and executive editor Maria Ressa talks to Peter Pomerantsev, a visiting senior fellow at the Institute of Global Affairs at the London School of Economics, about Facebook, truth, and the crisis of democracy (above).

The International Forum for Democratic Studies has published an issue brief on “How Disinformation Impacts Politics and Publics,” which examines how disinformation is used and consumed, proactive and reactive disinformation strategies in different country contexts, and the scale of the disinformation crisis.

Moldova is highly ‘vulnerable’ to Russian propaganda [HT: NED’s CIMA], says Balkan Insight. It is the most exposed country in Eastern Europe to Russian propaganda, owing to the dominance of Russian-language media, the Russian orientation of the main Church, poverty and lack of trust in the political class, according to a study called “Resistance to disinformation in Central and Eastern Europe”.