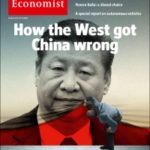 The December 2017 National Security Strategy description of China (along with Russia) as a “revisionist power” is consistent with a critique that many in the foreign policy establishment have voiced in recent years, notes Richard Haass, president of the Council on Foreign Relations and author of “A World in Disarray: American Foreign Policy and the Crisis of the Old Order.” The critique has three parts, he writes for the Wall Street Journal: 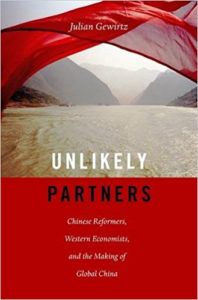 When it comes to engaging China, the U.S. needs a strategy, not just tactics. A starting point must be to promote America’s values, namely those enshrined in global institutions after the second world war, without which America will be diminished as an idea and as a moral and political force, The Economist contends:

When America competes with China as a guardian of a rules-based order, it starts from a position of strength. But any Western democracy that enters a ruthless race to the bottom with China will—and should—lose.

Beijing’s repression is being felt abroad too, with the relatives of Uighur Americans facing harassment – and worse, The New York Times reports.

Sophie Richardson, China director at Human Rights Watch, said of the regime’s ‘sharp power’, “Beijing’s harassment now factors into whether citizens of countries like Australia and the United States feel safe enough to attend public discussions about Xinjiang at events ranging from congressional hearings in Washington or think tank talks in Sydney.”

“Ending abuses in Xinjiang now depends in part on ensuring that these communities are safe to exercise their rights around the world, and on governments following Germany’s and Sweden’s lead and committing to not sending Uighur asylum seekers back to China,” said Richardson, a panelist at a recent National Endowment for Democracy event on the regime’s “re-education” camps.

“Harassing the relatives of U.S. citizens is what Chairman Mao used to call dropping a rock on your own feet,” said Michael Pillsbury, director for Chinese strategy at the Hudson Institute, noting that repression of Uighurs would also erode relations between China and Muslim nations.

China will continue to maintain a large (if somewhat reduced) state role in the economy and a closed political structure, Haass adds.

“As China enters middle income, we need a strong anchor for our society,” one senior Chinese official told me. “We need to strengthen the Party. You equate authority with authoritarianism, and think China is a dictatorship. This is wrong.”