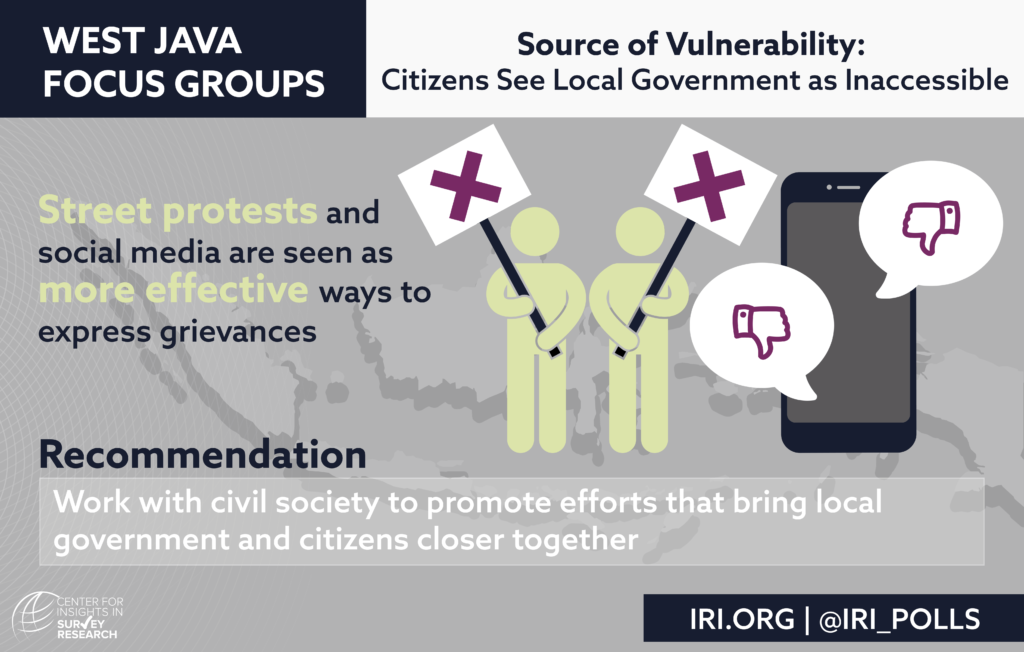 The recent suicide bombings in Surabaya, Indonesia highlight the country’s continued struggle with radicalism and terrorism. Claimed by the Islamic State of Iraq and the Levant (ISIS), these attacks typify the latest chapter in Indonesia’s decades-long struggle with violent extremism, notes the International Republican Institute:

Since the fall of the dictatorial Suharto regime in 1998, terrorism, ethno-religious conflict and intolerance have undermined the country’s democratic progress.  Focus group data by IRI’s Center for Insights in Survey Research reveals some of the key vulnerabilities to violent extremism in Indonesia’s West Java province, as well as sources of resilience to radical ideology. 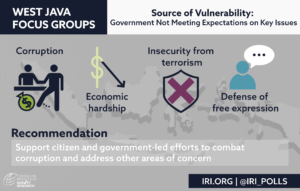 While organisations such as HTI carry out their campaigns through various civil society institutions such as the mainstream media, the Internet, academic institutions and places of worships, the government’s counter efforts must also be carried out in the same way. For example, it could promote the idea that the country’s own ideologies are the most suitable to be applied through the mass media or by incorporating certain subjects in the national curriculum to be taught at schools or universities. 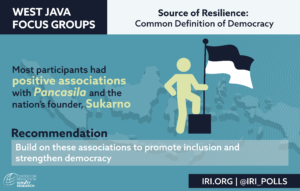