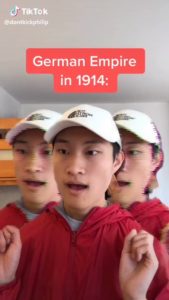 TikTok, the short-form video app that’s been downloaded 1.5 billion times, is one of the most exciting and goofiest places on the internet, and possibly the only truly fun social media network in 2019, notes Rebecca Jennings. It is also based in China — and that’s the part that has some users, and now, politicians, concerned, she writes for Vox:

“The Chinese government has a history of gaining control over nodes in the information system,” added Sarah Cook, a senior research analyst for China, Hong Kong, and Taiwan at Freedom House, a National Endowment for Democracy (NED) partner. “They don’t always mobilize them right away to harm freedom of expression, until something threatening happens and then they do. It seems clear TikTok is censoring information related to the Hong Kong protests, but at the same time, even if it’s not happening that much now, it’s really only a matter of time before it does,” she told Vox’s Open Sourced.

The renewed concern about TikTok coincides with reports that Taiwan is at the frontier of information warfare as the territory most exposed to foreign disinformation. Taiwan is the target of a Russian-style disinformation campaign by China to exploit social divisions and undermine democracy in the lead-up to the presidential election in January, Alice Su reports for The Los Angeles Times. 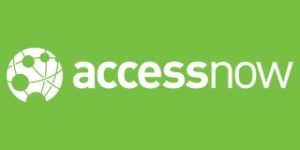 India’s internet shutdown in Kashmir, which entered its 134th day Monday, is now the longest ever imposed in a democracy, according to Access Now, an international advocacy group that tracks Internet suspensions. Only authoritarian regimes such as China and Myanmar have cut off the Internet for longer, The Washington Post reports.

US politicians’ concern over TikTok began with an investigation the Guardian published on September 25, which revealed leaked documents that showed TikTok instructing its moderators to censor videos that mentioned topics sensitive to the Communist Party of China: Tiananmen Square, Tibetan independence, and the religious group Falun Gong, for instance, Jennings notes. In early October, Sen. Marco Rubio (R-FL) called for a formal investigation into whether TikTok poses a national security risk, she adds. RTWT

In “Disinformation in the Global Arena,” Power 3.0 Podcast guest Peter Pomerantsev examines how changes in the modern information environment have been exploited by malign actors and facilitated the spread of disinformation around the world, the NED’s International Forum adds…..

New applications have emerged from within authoritarian settings, where the space for independent scrutiny and pressure is sharply limited. Dean Jackson’s Power 3.0 Blog post, “Parallel Platforms, Parallel Principles: The Emergence of Social Media from Authoritarian Settings,” analyzes the fragmenting information landscape where authoritarian manipulation of political discourse is enabled.

In a Power 3.0 Blog post entitled “‘Conformation Bias’: Political Tribalism as a Driver of Disinformation,” Peter Kreko argues that disinformation and conspiracy theories are spreading more widely and quickly because they serve as important weapons in the context of political tribalism, which has emerged in highly polarized political environments to justify any means necessary to defeat the other “tribe.”