The global condition of democracy notably weakened over the past month, according to the Atlantic Council’s State of the Order, which examines the most important events impacting the democratic world order. Assessing the five core pillars of the democratic world order – democracy, trade, security, the commons, and alliances – the report notes that autocratic leaders are exploiting the coronavirus to concentrate their authority – as public protests and opposition movements have been curtailed by lockdowns.

Democracy is often depicted as a means to peacefully resolve political conflict and socioeconomic discontent, notes Dr Christopher Sabatini, Senior Research Fellow for Latin America at Chatham House. But what happens when that essential safety valve of elections has been closed off?

It seems the more we know about how democracy works — through government transparency, better media coverage, even new insights about our brains — the less we trust democracy itself. Yet it’s still, arguably, the best system of government available. As Ivan Krastev says (above), “What went right is also what went wrong.” Can democracy survive?

When the Cold War ended in 1989, hopes for the eastward spread of liberal democracy were high. And yet the transformation of Central and Eastern European countries gave rise to a “politics of grievance” that turned to undermine the ideals of liberalism itself, Foreign Policy adds.

In The Light that Failed: A Reckoning, Ivan Krastev and Stephen Holmes argue that the supposed end of history turned out to be only the beginning of an “Age of Imitation.” Reckoning with the history of the last thirty years, they show that the most powerful force behind the wave of populist xenophobia that began in Eastern Europe,  and has spread to the heartland of the West stems from alienation and resentment at the post-1989 imperative to become Westernized.

Join an engaging conversation with Ivan Krastev and  Stephen Holmes, authors of The Light That Failed: A Reckoning and winners of the 2020 Lionel Gelber Prize, and Janice Stein, Gelber Prize Jury Chair, on key political questions for our times, from a global perspective. 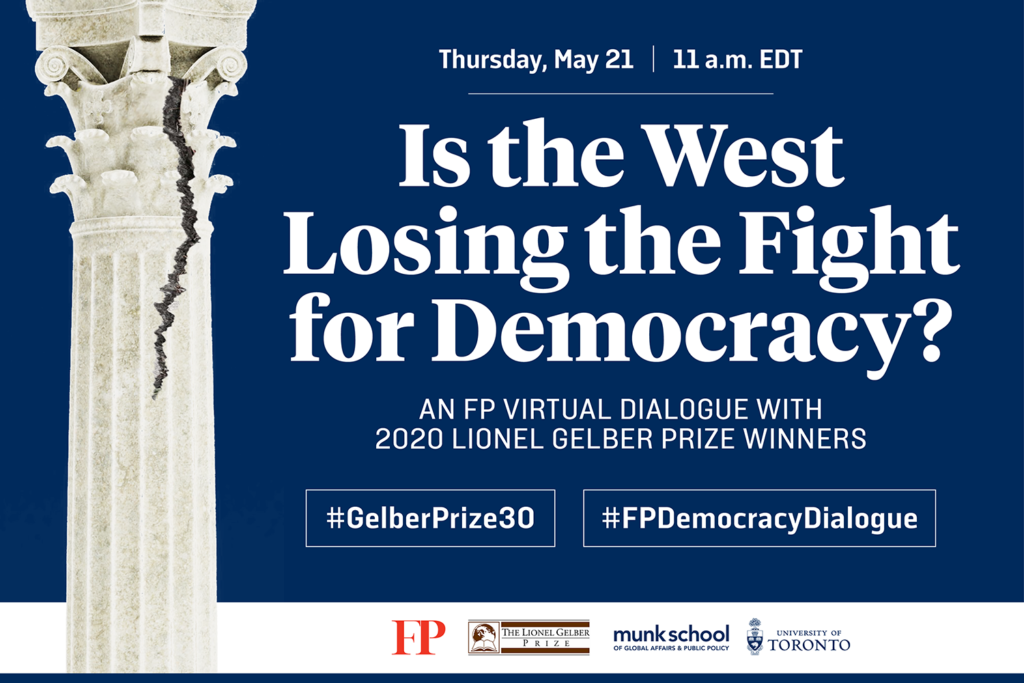