“I don’t need a ride, I need ammunition.”

Russia’s Vladimir Putin must have thought it was Christmas when Volodymyr Zelenskyy, a comedian with no experience of statecraft became Ukraine’s President, according to a new TV documentary (above). 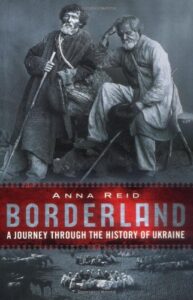 Early indicators were not promising when he appeared to accept rollbacks on anti-corruption reforms, said Daria Kaleniuk, co-founder and executive director of the Anti-Corruption Action Center. The anti-corruption law was very vague about who constitutes an oligarch, adds Anna Reid, the author of Borderland: a Journey through the History of Ukraine.

But his inauguration speech used new language, insisting that government offices portray no portraits of him, since he’s not an icon or an idol.

The documentary charts the rise of Zelenskyy, the comedian, actor and entertainer who became the improbable wartime leader of Ukraine. For some he was the political lightweight, but in the last few weeks Zelenskyy’s uncompromising stand – which has led to this current face off with Vladimir Putin – has transformed his image and popularity, both at home and abroad.