Hillary Clinton says she’s “dumbfounded” that the U.K. government has failed to release a report on Russian influence in British politics before the country holds a national election next month. The former U.S. presidential candidate told British media that the public needs to know what is in the report by Parliament’s Intelligence and Security Committee before British voters go to the polls on Dec. 12, the Washington Post reports:

British Prime Minister Boris Johnson’s government has said it needs more time to review the security implications of the report before it is released. ….The Labour Party announced Tuesday that it had experienced a “sophisticated and large-scale cyberattack” on its digital platforms. The main opposition party says the attack did not succeed because of “robust security systems” and it had referred the matter to the National Cyber Security Centre. 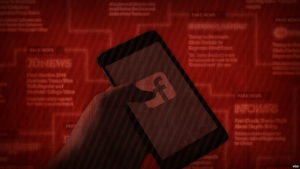 Elisabeth Paté-Cornell and Travis Trammell found that people are more susceptible to fake news when they have high levels of confirmation bias, such as those who hold niche or extreme political views. Keeping with the infectious disease framework, their research indicates that they can either attempt to “inoculate” or “quarantine” those impacted by fake news, she writes for the Stanford Daily.

The rise of the internet and the advent of social media have fundamentally changed the information ecosystem, RAND reports. But it’s often nearly impossible to distinguish accurate information from low-quality or false content. This means that disinformation can become rampant, spreading further and faster online than it ever could in another format. 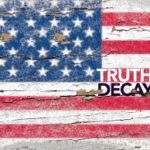 As part of its Countering Truth Decay initiative, (above), and with support from the Hewlett Foundation, RAND researchers provide an invaluable inventory of online tools developed by nonprofits and civil society organizations to target online disinformation: 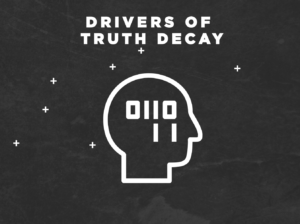 Read more about RAND’s methodology, criteria for inclusion, and category definitions, or tell RAND about the tool you know.

Fighting election disinformation is a bipartisan issue, according to Paul Pate, Republican secretary of state of Iowa and Maggie Toulouse Oliver, a Democrat serving as secretary of state of New Mexico. The #TrustedInfo2020 campaign, an initiative of the National Association of Secretaries of State, is a new initiative to combat election interference, they write for the Hill.

Eleven civil society and human rights groups have unveiled the newly created Forum on Information & Democracy as “a structural response to information disorder,” to encourage the regulation and self-regulation of the information space. The initiative, launched by Reporters Without Borders, will implement the principles from the International Partnership on Information & Democracy, an intergovernmental agreement endorsed by a coalition of 30 states on the margins of the UN General Assembly.

If digital platforms are the “new battleground” for democracy, as the new  2019 “Freedom on the Net” report from Freedom House suggests, the experience of Pakistan demonstrates the challenges of countering disinformation. Talal Raza details how disinformation circulates in Pakistan and the distinctive difficulties of combating it in “Mapping Digital Disinformation around Elections: A Case Study of Pakistan’s 2018 General Elections.” the latest report from the NED’s Center for International Media Assistance.

At this year’s Journalism Under Fire Conference November 14-15, hosted by the Santa Fe Council on International Relations, leading journalists will discuss how technology shapes the truth, a critical issue in this age of disinformation and deep fakes, Cipher Brief reports. 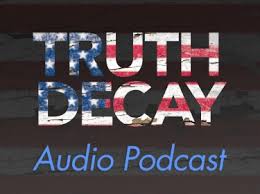 The spread of digital technologies has contributed to a multi-faceted change of democratic orders, actors, and practices, says the Weizenbaum Institute for the Networked Society. These developments leave democracy in ‘permanent flux’. The 2020 Annual Weizenbaum Conference on the subject “Democracy in Flux – Order, Dynamics and Voices in Digital Public Spheres” aims to bring together these various perspectives and seeks to initiate an interdisciplinary exchange on the linkages between digital public spheres and democracy. The Institute invites abstracts and papers for presentation on Thursday, 4 June and Friday, 5 June 2020 at the Urania in Berlin. RTWT