Deepfakes, big data, and virtual reality—our working paper by @samuelwoolley @katie_joseff addresses how these emerging technologies may interact with the psychological factors that drive the demand for disinformation https://t.co/BzAyJs5VE4

Modernizing old KGB tradecraft for the digital age, Russian operatives have again created disinformation about disinformation, notes Calder Walton, assistant director of Harvard Kennedy School’s Applied History Project. The history of Soviet disinformation in the later Cold War provides lessons for how best to counter similar efforts, whether China’s attempts to salvage its reputation amid the coronavirus pandemic or efforts by Russia, China and Iran to fan the flames of racial division in the United States, he writes for the Post:

History may provide the key for separating fact from fiction. It reveals how and why a one-party regime used disinformation to salvage its reputation following a disaster. This happened with the Soviet Union’s 1986 Chernobyl nuclear catastrophe, whose history also reveals how such disinformation can be countered.

“Disinformation is an existential challenge to democracy and pandemic response,” said Karen Kornbluh and Ellen P. Goodman, authors of the recent report, Safeguarding Digital Democracy: Digital Innovation and Democracy Initiative Roadmap, in a presentation this week to the Congressional Task Force on Digital Citizenship.

The COVID-19 crisis is only one reason for disinformation to go rampant, according to Miroslava Sawiris, a Research Fellow of the Democracy and Resilience Programme at Globsec. The many features of the digital information environment in which we live in today, significantly contribute to further jeopardise the quality of the information itself. 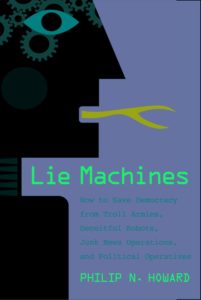 In other words, digital platforms act as gatekeepers of information. Recent data shows that over 50 per cent of the populations in Slovakia and Hungary are already accessing news from digital platforms, she told a recent Visegrad Insight Breakfast discussion held in partnership with the European Liberal Forum.

Implementing the Magnitsky Act is a big win for Global Britain. But what does it mean to be a democratic citizen online? asks Peter Pomerantsev, a Senior Fellow at the Agora Institute, Johns Hopkins University and at the LSE:

It should mean understanding who is targeting content at you and how. Which of your own data is being used to target you and why. Whether the content you see from, shall we say, a political campaign is the same content your neighbour sees. It should mean public oversight of algorithms so we understand why we see one thing online and not another. 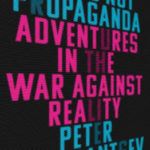 We live in a strange paradox: on the one hand there’s more content than ever before and less censorship, even in authoritarian countries, he writes for Unherd. But there is a new form of censorship: we have no idea how the information environment around us is shaped.

If you want to understand how disinformation can wreak havoc on liberal democracy, Pomerantsev ‘s ‘This Is Not Propaganda: Adventures in the War Against Reality’ is one for you, Ben Heubl writes for E&T.

What ‘Lie Machines: How to Save Democracy from Troll Armies, Deceitful Robots, Junk News Operations and Political Operatives’ by Philip N Howard (the subject of a recent forum at the National Endowment for Democracy) does particularly well is to gauge the powers that automated disinformation systems have, Heubl adds, in a valuable and insightful review of recent analyses: